Double glazed Exterior front doors are also available in traditional & contemporary style with different timber types including.. oak, accoya & hardwood. You can always trust on us when you order timber doors, because we have vast experience in this industry.

Apart from the front doors, we also have a big reputed name in the timber windows manufacturing industry. Our windows are robust, fully tested & BFRC certified, available with Stormproof & Flush Casement. Visit our online store, where you can find wooden windows for sale with Single, Double, Triple & Four Casement. You can also check some of our timber windows projects, from which you can get ideas about how windows looks with different glazing bar styles including cottage glazing bar, Georgian glazing bar & horizontal glazing bar.

Being one of the most premier and preferred handmade furniture manufacturer in UK, our bespoke furniture store in Warwickshire, Rugby help you to buy best quality ready made and custom furniture. You can also take advantage of our professional installation services.

At TimberMaster LTD, we welcome you to buy best quality handmade modern & contemporary furniture for your home & kitchen.

Had a new front door made to measure to our specific style.The door is amazing, made and fitted on time.We couldn't be happier with the service we received from ordering to installation and the price was fantastic too! Were over the moon!Would definitely use again and recommend to anyone.Fantastic job! More...

I am delighted with my new windows. Joe and Liam are a credit to TimberMaster and were a pleasure to have around - nothing was too much trouble for them. The quality of both the windows and the installation work is superb and I would recommend the company without hesitation. More...

Just gazing in wonder at our new front door, its amazingly good looking and already the subject of envious looks from our neighbours, it wasn't cheap ( cost about the same as our first house ) but the quality of manufacture and installation are exceptional, we were really pleased with the level of communication throughout the process, a special vote of thanks to the installation team who were 2 of the nicest guys who could meet, they worked really well and hard only stopping for a couple of teas that I forced on them, I hope we can use Timbermaster again in the future.

Timber master have really professional first line customer service. That's where it stops. So very many problems with my windows and doors which they have tried to rectify but oh so many months later.
We also ordered a roof lantern. Half the glass is missing (due to site breakage) the aluminium cappings for the roof are all inches short.
They left me with holes in an exposed roof and thought it was fine to do so. Not Ben temporarily boarded. I had asked for two roof vents the farm and glazing has not allowed for them. The lantern itself is smaller than the space allocated (they measured it) Now they have gone bust and I am left with a leaking roof,a half glazed lantern with no internal trim and no external drip. 6,000 paid and it looks like I will have to start again or spend a couple of thousand to fix. I will need a glazer and a chippie plus more building work. The stress is unbelievable as two years ago when our extension was started we had another building and joinery company fold,owing us 38,000. I can't say stay away from timber master as they no longer exist. I sympathise fully with anyone in the same position. Maybe we should get together and sue? More...

This company should be avoided at all costs .....i had visited the company at their old workshop before placing my order for 18 windows and 2 sets of french doors in our new house we were renovating . ...Martin seemed really nice , professional and the workshop was just as i'd imagined... i trusted them ..... they came to install the windows after they had done a site survey to check measurements themselves , the price was not cheap but reasonable we thought .... my mistake was paying the whole 18k BEFORE the windows were delivered (as states in their terms and conditions) ..... the windows which came looked great , the installers very nice friendly guys ....BUT after installation we started getting problems . In every single room where they had installed a new window i needed to replaster around all the reveals. Outside they had blown the render getting the old windows out and not repaired it leaving it to the elements. Because the old windows had been the old style units and the new windows were thicker frames they didn't cut back the window hole enough and the new windows stuck out from the wall of the house 2.5cms in some places.The beading around the glass is already cracked and weathered and needs replacing after only a year!! The french doors leaked water every time it rained . The window by the front door and my sons bedroom(a non opening window) was not fitted correctly so you could push it open in the frame , very unsafe , they did come out to fix this after about 3 weeks....in the hope my son would not fall out in the meantime !! We still have issues with the windows that the company promised would be fixed when the better weather came but we are still waiting !!! This whole fiasco has been soul destroying ... the customer is the loser .... it has cost me hundreds more to fix the problems caused by having these windows fitted ....and it is still ongoing !! AVOID , AVOID,AVOID this company !! i wanted to give NO stars but it wouldn't let me ....minus 10 stars !! More...

Firstly, there were multiple issues with the delivery date of my door - it was delayed due to "staff shortage", then due to another reason of which I was never told, and then finally due to the door being "too heavy for one man to install". You'd think that being a door manufacturing company they might know how much their own products weigh.

The next piece of shocking service came when I suggested that I pay the final balance whilst the installers were at my house - I'd asked for pictures of the finished door BEFORE installation. These never arrived, and given the multiple changes to my installation date, I was worried. Timbermaster claimed they sent invoices to my email address (which I'd never received - turns out they were all spammed) and rather than say something, they simply didn't show up on the installation day. They then claimed that I'd been "problematic" paying they wouldn't accept card payment from me "due to the risk of chargebacks", and hence the only way forward was for me to do a bank transfer straight to their bank account - and when I refused I got threatened with solicitors and storage charges!

Finally - the "installation team" were a pair of cowboys who weren't even capable of installing the door straight - disappointingly I didn't think to put a spirit level on it until after they'd left. They also made a complete mess of the lock installation such that I had to get Banham (the lock manufacturers) back to my house to fix their mess. Amusingly however, when I asked them why I could never get hold of anyone on the phone they did admit that their manager (Martin Williams) doesn't ever pick it up and would sit next to it whilst it rang - and it's "easier to just email". Great.

I had a beautiful kitchen window unit made up for me to my specifications and Martin and his team could not have been more helpful. I highly recommend their services. They are competitively priced and the quality is of a very high standard. The fitters arrived on time and it didn't take them long to pop out my old window and replace. Polite and efficient, what else do you need? My windows look amazing and I will definitely be using them again. More...

Perfect !! Wooden framed windows made to my requirements in whatever colour I chose, with a choice of window hardware to suit my old cottage. I previously had quotes from other companies quoting over £18K+ to replace my windows with wooden double glazed units - and they told me I would have to pay LOADS more to have the double glazing units custom made with arched tops !! And then I could only choose from about 12 colours !TimberMaster came in at less than £7K to replace all 10 windows - with made to measure, wooden framed windows with double-glazing units with arched tops, in any colour I chose from the RAL colour chart !All fitted in 2 days ! And with the added bonus of being able to choose from some beautiful hand-crafted hardware.I must say TimberMaster is a company which is very conscientious and takes pride in its work.Many Thanks !I would heartily recommend to anyone wanting some quality work at very competitive prices ! The windows themselves are beautifully crafted - SO much nicer than any upvc or plastic imitation !Steve from Castle Bytham More...

We ordered an oak front door from Timbermaster and are now the proud owners of a beautiful new oak door. Thank you, it looks stunning!

I would like to thank everyone at TimberMaster for the amazing job they've done. Very happy customer!

Very good looking and well engineered door and surround. Installed well. It has been much admired. TimberMaster have a great team working for them. 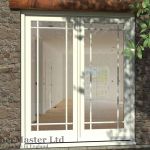 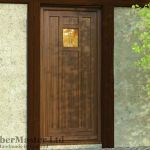 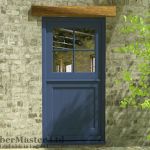 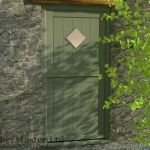 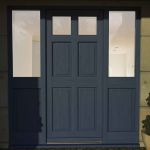 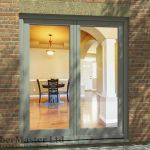 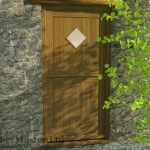 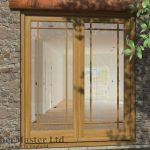 Leave a review for TimberMaster LTD - Joinery Manufacturer in UK