Find a Caterer in Deerfield Beach

Where do you need Caterers?

Need to find a Caterer in Deerfield Beach?

We’ll connect you with the best Caterers in Deerfield Beach in minutes. Start your search and get free quotes today!

Whether you’re looking for quotes or you’re ready to hire, or if you’d like to speak with some Deerfield Beach-based Caterers, we can help.

First time looking for a Caterer and not sure where to start? Let us do the legwork for you. Tell us about your project and we’ll send you a list of Caterers in Deerfield Beach to review.

There’s no pressure to hire, so you can compare profiles, read previous reviews and ask for more information before you make your decision.

Best of all - it’s completely free!

We’ll help you find a Caterer in Deerfield Beach. Help us refine your search by telling us your requirements and we’ll contact service providers in your area to help you.

You’ll receive free quotes from professionals in Deerfield Beach and get quick notifications via our website or app. We make sure we do the leg work for you!

Pick from some of the best providers in your area. With easy access to reviews and direct contact with Caterers, you can be confident with your choice.

Get quotes from Caterers near you

My passion is my job ... cooking ... always in Italy, as I am Sicilian, and now here. My dishes are simple but tasty, good, to eat with friends for an important meeting, for a party or just for a family dinner. Genuine flavors, specialized naturally in Italian / Sicilian dishes. Seeing is believing.

Broken Dish Catering is a Full Service Catering company. We specialize in Cuisines from around the world. Plan your next special day with us, or if your liking for in house culinary lessons we also price that. We have teamed up with the best DJs, Photographers, Bakers party planner etc. in South Florida.

My Husband and I love love Pure Life Meals... we have tried so many other meals plans. But Pure Life makes the best fresh food and the quality is TOP CLASS!!!

My family and I had planned a reunion this past year and were apprehensive about paying a caterer to handle it. We called Boca Joes Catering Services to discuss the party. Chef Joe worked with us so compassionately with great knowledge and understanding about what we were looking for. He worked pricing with us and because we had a large crowd discounted prices. He showed us great professionalism as willingness to earn our business. We are forever grateful for hiring his company. I will tell anyone about them.

After reading about My Place Cafe's award winning tuna salad, we just had to try it for ourselves. We had a small catering order delivered for our weekly sales meeting, and we've been loyal customers ever since. Marty and Sharon have never let us down, and provide a delicious lunch every time at great prices. Thanks!

Best soul food in S Florida! It's in the middle of nowhere and it's a hole in the wall place but the food is perfection. His menu has alot of variety and very authentic southern dishes

A Touch of Spain and More

Had the pleasure of hosting a NYE party with our son and all his friends.. Chef Gianni and his lovely wife Cristina were a delight to plan and work with.. it was not our first time using their catering services and won't be the last.. from beginning to end the night went smoothly and the Menu we chose from Tapas to dessert  were excellent!! Some of our favorites were the Coconut Shrimp, Mini Flank Steak on corn cake with chimichurri, array of delicious salad choices and of course the chef's amazing Flan and Tiramisu.. The party was a success and all enjoyed the food and festivities.. as for "A Touch of Spain and More" you will not be disappointed!! Happy CustomersBoca RatonR & R

LOVE IT!. What a perfect sushi and japanese/thai restaurant in the boutique East Boca area, finally! The ideal place for a romantic one on one date for sure. Tranquil music, funky modern lounge interior, it was phenomenal. I tried it for the first time with my boyfriend on a Friday night. The service was friendly and welcoming. We started with their seared ahi tuna salad app which was garden fresh and heavenly. The tuna was fresh, not the least bit fishy, the baby greens were crisp, sweet and tender...we literally cleaned the plate which is RARE for us when we dine out! :) My boyfriend had the volcano roll with sea scallops on top and it was hands down the most beautifully presented, fresh, articulate sushi we have ever had. My Mexican roll was just as good and fresh, and the prices overall are VERY reasonable! Can't wait to go back. This place will definitely thrive.

More than a week before this restaurant was scheduled to open, fans of the Bova family and the old Mario's started showing up, and the place has been packed ever since -- and they STILL are not officially open for business.  They have done NO advertising, and their menu isn't even posted online yet.My wife and I have now been there twice, and both experiences were great.  The inside dining room has great, cozy-yet-modern ambiance, and the outside dining areas are beautiful.  The menu is enormous with some classics and many modern twists.  All of our food has been good.  Some has been GREAT.  After our first meal, one of the managers, Steven, stopped by and expressed an interest in our honest impressions.  We gave them to him.  He considered each one thoughfully and told us how he was working to improve each item of concern.  Both he and our server gave us business cards and asked us to look them up the next time we were there.A few nights later, the Friday night before Christmas Eve, we dropped in at 7:30.  There was a wait.  While we were giving our name, Steven came up from behind me and said, "Hey, you came back!"  He clearly remembered us, and took the time on a busy night to make it a point to greet us.  He came back several times during and after the meal to check on us.  Although he is young, he is a great manager.  He told us how he had managed to solve some of the issues of late entrees by putting on two expediters instead of one.  The servers, runners, owners and bus staff clearly like him and consider him a team player. The food is SOLID Mario's food.  The garlic rolls are fresh, hot and free.  They don't come with quite as much oil or garlic as I remember from the old Mario's days, but, if you ask for them with heavy oil and garlic, they accommodate quite nicely.  The Ceasar salad is huge with nice, fresh greens, great crutons, a generous amount of shaved Parmegiano Reggiano on top.  The dressing is pretty good for a restaurant dressing.  Anchovies are available for the asking, but are not included.  The pasta fagioli is very tasty.  When my son got it as a side dish, it came in a nice bowl which was filled to the brim.  When my wife ordered it as a soup course, a HUGE bowl came to the table, into which the server placed one cup of soup from a little silver covered pan.  Unfortunately, the size of the bowl leads one to believe that an enormous portion of soup is on the way, and I overheard several diners complain that they only got half a bowl of soup.  The amount is plenty, and the price is reasonable.  The soup is very good.  But the bowl is way too big.  They should serve this dish in the smaller "side dish" bowls where it appears full.The first evening, my son got a meatball parmigian sandwich and pasta fagioli.  He devoured both.  My wife had the veal Francaise.  She loved it.  I had the Ceasar Salad and the veal parmigian.  We all split the Ceasar.  My veal was a little overcooked and the tomato sauce was all on the side, with none between the breading and the cheese.  It was tasty, but a little dry.  I spoke with the Manager after the meal and he indicated that he would see if he could fix it next time.The next time we came, my wife had the soup again.  That was really all she had wanted.  But I wanted to try their pizza, since the entire front of the kitchen area is a dedicated pizzaria, and the staff had all insisted that their pizza was great.  Normally, I don't go for fancy pizza, but I wanted something a little on the lighter side, so I ordered their proscuitto and arugula pizza.  It was wonderful.  Part pizza, part salad, part sandwich.  The proscuitto was lean, the arugula was fresh, the pesto sauce had beautiful fresh basil and garlic notes.  The cheese was fresh and luscious, not melted, just a little warm on top of the fresh salad.  The pizza crust, about which Steven had waxed eloquent, was exactly as advertised, thin, stiff, a little crunchy and a little chewy.  In all, it was a lovely light dinner.Finally, we decided to taste some of the dessert offerings.  We chose the profiteroles.  I gave the espresso-filled one to my wife.  She thought it was the best espresso gelato she had ever had.  The puff of pastry and the chocolate sauce were quite nice.  We each had one filled with mint, and I had one filled with Stratchiatella.  All were very nice.I asked Steven what had happened at a table where I saw the entire table's entree's going back to the kitchen just as they had been presented.  He told me that the entrees arrived while the diners were still eating their salads and appetizers and that he didn't want to rush them, so he had the kitchen make the entire dinner over.  The Bova's food, and their fine family reputation, has brought them back from their nightmare with the swindler who ended their prior careers.  Welcome Back!

How much does a Caterer cost?

Your expert caterer will be able to advise you on the most suitable menus and service.

What should I look for when choosing a Caterer?

It is important to know the following before deciding on a catering company:

How do I check a Catering Company’s credentials?

You could look for caterers with a foundation degree, higher national diploma or degree in Professional Cookery and Culinary Arts.

Before you choose a caterer, you could read testimonials and see pictures of their food on their website.

You could also look at their profile page on Bark and read reviews from past customers, too. 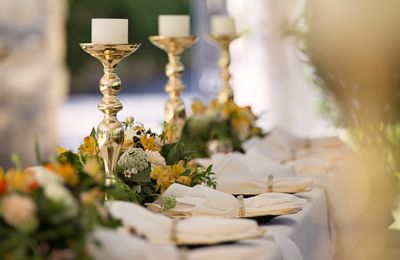 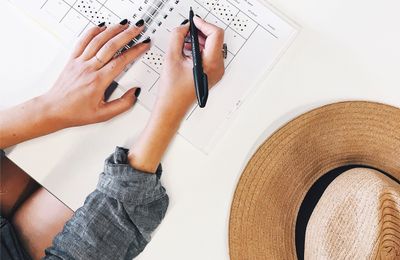 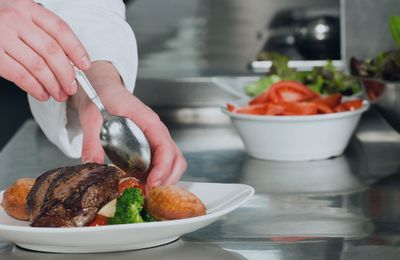 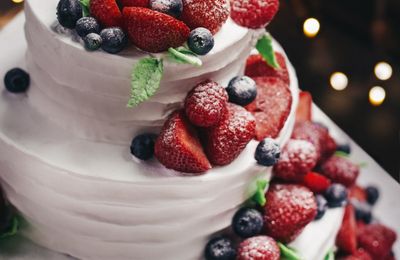 Get quotes from Caterers in Deerfield Beach