Professional DJ & Karaoke services available for most all public, private & corporate events in the Tampa Bay and surrounding areas up to 100 mile radius. I'm also available for bars/clubs as well. I can DJ alone or also add in karaoke at no extra charge. Karaoke is always a fun added activity but is purely you're option. I have been a musician/entertainer/singer all of my adult life and have been a DJ hosting karaoke full time since 2002.
I have performed hundreds of events and everyone has always been very pleased with my service. Reviews can be read here and on my personal web site at www.RichieHodge.com
I have a professional sound system using Mackie 1600 watt powered SRM650 speakers & Mackie 1600 watt powered SRM1650 subwoofers (if needed) with a 12 channel Mackie mixing board. I have up to 5 wireless mics for group singers, announcements, toasts, or speeches. I use a laptop with an external hard drive with a huge song library both DJ music & karaoke songs that are updated monthly. I have a tablet that can go online to access virtually any requested song in the event I don't already have it. I use dazzling stage & dance floor lighting to make things look good. Provide me with a list of favorite songs and I will build a digital file ahead of time so that I can play all you're favorites during you're event. NO CHARGE for set up and tear down time. My rates are reasonable & negotiable. I accept all major credit cards.
Feel free to contact me with any questions, I try to keep my calendar filled at least a few months ahead so please contact me ASAP to insure that I am available on you're date. I look forward to hearing from you!

Excellent music choices, seamless transitions from music to dancing to karaoke. Everyone loved it.

Richie did a wonderful job for us. He was always pleasant, easy to work with and his sound was great! He had loads of Karaoke songs and was very good keeping up with playing everyone's requests. We'd hire Richie again in a heartbeat! More...

Richie was great, arrived early. Great set up!!! Will use again.

Richie came on time and stayed late. His set up was amazing and the music was great. Everyone had a blast. He took requests all night. Having him made the party. We will be seeing him again for sure More...

Richie did a fantastic job keeping the party going! He catered to our diverse group of associates for our Holiday party and everyone enjoyed themselves immensely. Thank you Richie!!

We had such a great experience with Richie tonight, everyone loved it! I would recommend Richie as a great pic for your event!

Richie was prompt, polite, and everyone had a blast singing karaoke. His music selection was absolutely a hit! I will definitely call him again for our next event.

Richie was great. He had everyone up and dancing. The karaoke option was fantastic fun for the guests. The lights were an added bonus, giving the dance floor great atmosphere. Hire him for your next party!

So fun and he made the event a hit. He played every karaoke song we asked for and was a big hit we had people at the event from their 80’s to 3 years old. Thanks so much you are a true professional. More...

My prayers were answered when I found DJ Richie Hodge online to work at my 65th birthday celebration. I had no idea who to choose but I believe God led me to him. Everyone enjoyed his style, the selections, and his personality. It was the greatest party of my life and I'm so glad I decided on him to do my 65th birthday party. There WILL be a next time in the future. More...

He was great...Helped make our 50 anniversary party a great success!

Richie is amazing to work with. He went above and beyond helping me work with getting his insurance approved. He also showed up early and played music for us whilie we were setting up. Our guests loved him as his music was engaging. I highly recommened for alle vents. More...

Does private parties and answers the phone. He helped me understand more about what karaoke is and what it's about. if I ever have a need for a private party I would definitely hire this guy!

Richie did an awesome job at our recent club party. Everyone had a great time with a lot of dancing and great music. Will definitely look to hire him again.

We used Richie for my daughters sweet sixteen party. The kids had a blast singing the night away. Lots and lots of songs to choose from. Richie even got the kids up dancing! Great night! More...

He was very professional, non-stop music. Richie did a great job, I even had him stay 2 extra hours

Richie did a great job. Kept everyone engaged with outstanding music selection and state of the art equipment. He was very friendly and accommodating.

Have you ever booked a karaoke event and had some half drunk sleaze show up in a Salvation Army suit with a $100 plastic Sam's Club sing along machine under his arm? You need High Caliber Karaoke with Richie Hodge!

Then when things got a little slow, or everyone was having dinner and he had to carry on by himself prove to be the most God awful singer ever? You need High Caliber Karaoke with Richie Hodge!

Did sleaze boy turn down 90% of your requests with “I don’t have that!”? You need High Caliber Karaoke with Richie Hodge!

Did the crowds energy go up and down like a roller coaster because he didn’t know how to work a crowd and keep them going? You need High Caliber Karaoke with Richie Hodge!

This a class act all the way!

When Richie shows up, he brings a whole trailer with state of the art gear that cost more than a new car, along with a 10,000+ song library with everything from Auld Lang Syne and Happy Birthday to pop and country songs that were released last week!

Dead air? No such thing with Richie! He is a second generation entertainer and has been singing and working crowds literally all his life. He sings like a professional because he IS, and always has just the right joke, comment or wisecrack to keep everyone smiling!

Been burned before or just uncertain about what you’re getting? Don’t worry!

Incredibly entertaining! Funny, witty and a great singer. Would recommend for any age group for any event. Very skilled and knowledgeable in anything music! ! Can't wait to see High Caliber with Richie Hodge once more!! More... 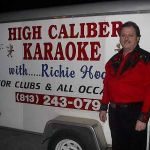 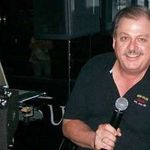 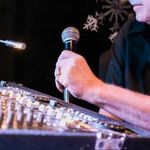 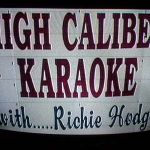 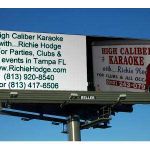 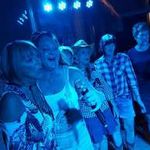 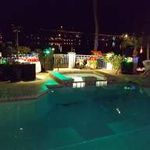 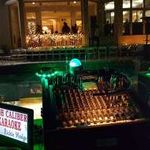 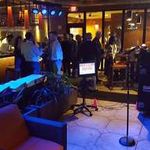 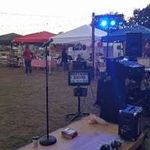 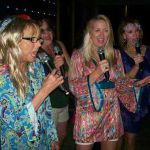 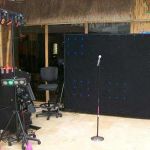 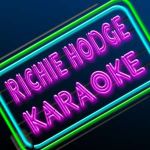 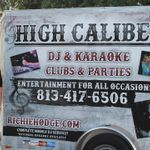 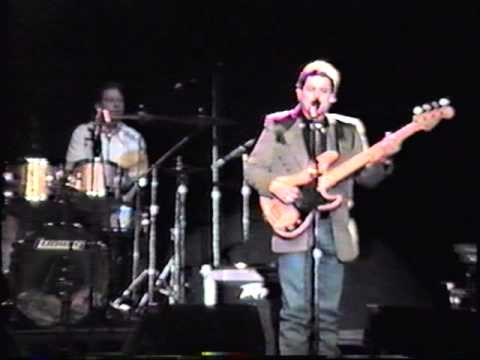 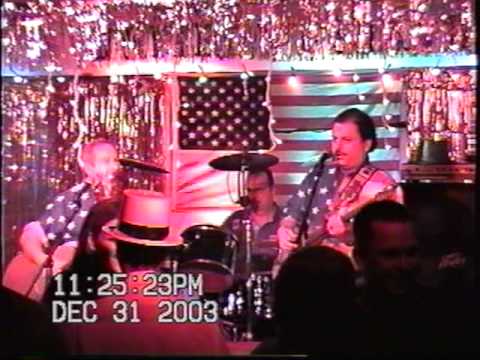 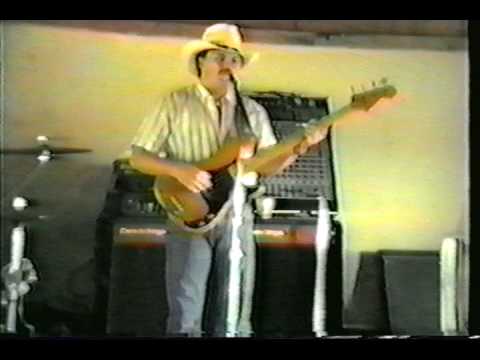 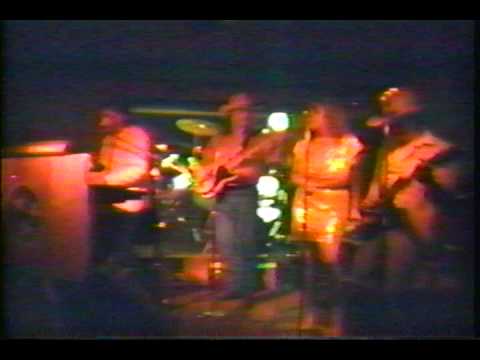 What’s the secret to keeping a party dancing all night long?

Keep the beat up and constantly moving, never dead air. Stay abreast of requests that come in. Always have positive attitude and personality.

How would you describe your ‘style’?

I am a laid back DJ, I don't do the techno scratch style DJing. I play songs that are usually requested or pick and choose from my own vast library. I like to keep things moving and hate dead air. I am a singer so can help karaoke singers if they want help or do a few numbers myself. I party with the people and everyone usually has a great time!

Working with people & music. I enjoy pleasing people with music and excitement. I've been in the entertainment business all my life and love seeing people smile, laugh, dance and have a good time!

I have been a professional musician all my life. I also enjoy karaoke and would participate in various karaoke shows around town so I decided to become a karaoke host/DJ. I already had PA equipment so I invested in a song library that is quite extensive and I update it monthly. Very rarely I don't have a karaoke song requested. If I don't have the song, it was probably never produced for karaoke. I also have a very large song library for DJ music that is also updated monthly. If I don't have a requested song in my vast library, I can access virtually any song online with my tablet!

Because I pride myself on being professional and going above and beyond the call of duty, I'm proud of the many positive reviews I have received on my web site and the 5-star reviews received on another booking web site. I have the equipment & experience to make your event a success.
I've been entertaining all my life!