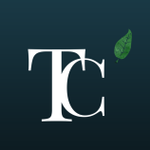 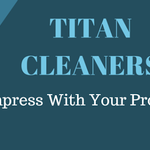 Honest, reliable, fair on price and all-round are a pleasure to work with! I cannot fault Titan Cleaners in any aspect of their business - their standards of cleaning are exceptional! Highly recommended.

Reliable, on time, communicative and clean. I have been using Titan cleaners for a long time now. The contract was professionally dealt with and whenever issues arose dealt with reasonably. The cleaners themselves are polite and do effective work, sometimes splitting hours differently base on the number of hands available. I have never had any issues with their cleaning and would continue to use and recommend them. More...

Thank you very much for a professional job! The staff was very friendly and Peter was extremely approachable every time we had a question. Even though we arranged the cleaning at short notice, they managed to fit us in and the service was impeccable.Thank you Titan Cleaners! More...

A great experience - Very friendly and helpful, easy to work with, a stellar job for a very good price. The team who came to my flat were great, responded really well to all my questions and requests, and followed up on anything I left behind. The service and pricing structure is very transparent and easy to understand. If I hadn't moved away from Reading, I would immediately book again when I need the next professional cleaning. More...

Beautifully clean, extremely professional. The staff are very friendly and helpful and provided a quote free of charge. The cleaning team did an amazingly thorough job on our flat (end of tenancy clean) and I couldn't be happier with the results. Thank you so much! I would highly recommend using Titan Cleaners.I was even more impressed with their ability to fit us in at such short notice. Me and my partner should have left the flat a week earlier (looooong story) so we had to have the cleaning done as soon as possible. Peter managed to fit us in within a couple of days and I am so, so grateful. Thank you again!! More...

Fantastic service - the crew arrived on time and finished on schedule. I was really impressed with the quality of the work for a 3bed and would recommend them.

Provided excelelnt service for my end of tenancy clearning.. they even returned to clean few small spots that were mentioned in the inventory check-out report. . I will recommend them and also use them in future.. More...

Brilliant service! I used them for our end of tenancy clean recently. They are incredibly thorough and methodical with their work, reasonably priced, very professional and friendly. Can't recommend them high enough.

What i liked about titan the most was their 'after cleaning' customer service which i seldom see with other cleaners. I used titan for my end of tenancy clean but my letting agents raised a few minor observations after I checked out of the property. I raised this with Peter from Titan who then went to collect the keys from my letting agent and then made sure all the observations are closed before returning the keys. That's a very good after sale service. Thanks More...

Titan Cleaners customer service was very helpful and friendly. I needed a deep clean of my bathroom, specifically my shower doors which had some extremely tough limescale which I couldn't remove myself. What I liked about Titan Cleaners what that they were very open and honest and managed my expectations well by saying they couldn't guarantee they could get the limescale off depending on how entrenched it was onto the door. This honesty was very refreshing for a change and greatly appreciated, I was willing to give it a shot and hoped they could make it at least somewhat cleaner. Remarkably the cleaning job which was done was fantastic and now everything looks like brand new, my expectations were surpassed. I would highly highly recommend Titan Cleaners to anyone. More...

Absolutely amazing service. I have used titan's for two end of tenancy cleaning.. Both 3 bed houses and they have been amazing each time. . I can't recommend them high enough and they are super friendly and reasonable priced. The best ever More...

I heard about Titan Cleaners from a friend, and I couldn't have been more pleased with their services. Peter was extremely helpful and friendly, and their team went above and beyond with their work. Not to mention their affordable prices!! More...

We had Titan cleaners come to our flat today for an end of tenancy clean. The team that came were so lovely. They have done an excellent job and I am very pleased. Thanks again :)

Cheaper than most companies out there and I'll be honest - I haven't really expected so much courtesy and professionalism in the way they handled my end of tenancy clean for the price I paid. Definitely a foreign group of people, but very hard-working, timely and organised! More...

Titan cleaners did a very good and professional job for my end of tenancy clean. Thankyou �

I booked Titan cleaners for a deep clean for a new property I had bought. Firstly they arranged the booking for the next day as I had requested even though it was such late notice. The team of 3 arrived promptly and got straight to it. One gentleman worked in the kitchen as this was the area which I was most concerned about and he did an amazing job. He steam cleaned areas such as sink, oven and blinds. The kitchen was sparkling clean. Another gentleman and lady did the rest of the bedrooms and bathrooms and worked extremely hard. They asked me to check areas to ensure I was satisfied. I am really impressed with this company and will be using them always. Thank you! More...

Quick to respond, brings all sundries and equipment, reasonable price.

I couldn't recommend Titan Cleaners enough. Peter and his team were brilliant. Despite being a tad bit more expensive, I initially decided to hire them because they came recommended as the real deal. Boy was i glad i made the choice to shell out the few extra quids.
In less than 5 hours, our 3 bedroom, 2-story house became as good as new. Peter encountered a water supply problem, he took it on his own to immediately called our Letting Agents and inform them of the issue. He then proceeded to circumvent the problem and continue the cleaning operation. Any other outfit would have thrown the gloves here, but not them.
Titans: That's what they truly are.
One really happy customer, and a client for life. More...

Second time using these guys for my check-out clean and they were even more amazing than the first time! Fair prices, quick and efficient job done by a friendly team of hard-working professionals! You can't go wrong with them.

I was referred to Titan Cleaners by a friend for end of tenancy cleaning and I found them very professional and helpful. All the cleaning done to an excellent standards as required by the agency.

I would highly recommend them to any of my friends or family. More...

Very courteous and professional attitude, skillful and hard-working - quite honestly an amazing value for money! Excellent cleaning after my tenancy, got all of my deposit back! Thank you guys for your efforts and for a job well-done1 More...

I haven't yet. I will this pro in April at the time of tenancy closure. I sort of made up mind to go with this pro.

After searching for a reliable, trustworthy cleaning company for some time I came across Titan.

I have to say that their customer service is the best I've had - their cleaners always do a great job, are very considerate within my home and they go above and beyond to make sure we are happy with them. And they provide the service for an affordable price.

I would highly recommend them to any of my friends or family. More...

We have used the guys for a number of builders cleans and their service has always been outstanding! Great to work with, always quick to respond, high quality results at very affordable prices!

I compared a lot of companies and Titan-cleaners were the best value for money. They are very kind and professional team, who came on time and did a great job. Our End-of-tenancy check-out went smooth with comments - 'Good and clean'.

Thanks a lot for the job well done!!!

Thank you for trusting us with your first ever End of Tenancy Cleaning! It was a pleasure being of service!

I used this company for an end of tenancy cleaning as well as mattress and carpet cleaning. They took about 8-9 hours for a 2 bed 2 bath flat but their work was GREAT. The team is formed of 2-3 men who are really nice and friendly but not all speak English well. I would recommend this company and use it again. More...

I compared a lot of companies and Titan-cleaners were the best value for money. They are very kind and professional team, who came on time and did a great job. Our End-of-tenancy check-out went smooth with comments - 'Good and clean'. Thanks a lot for the job well done!!!

Fast , fairly priced and no complaints from landlord at end of tenancy

Thank you for using our services and for your positive feedback!

I loved how easy everything went from the booking to the cleaning itself. Recommended from my landlord, I thought they had a deal or something, but I was actually really satisfied with how detailed their approach to my end of tenancy cleaning was and I felt the rare urge to gratify their hard efforts with a feedback. Great job, Titans!

Titan Cleaners completed an end of tenancy clean, professional oven clean and carpet cleaning for us today. They were nothing but professional, their standard of cleaning is exceptional and they are outstanding value for money. We will definitely use their services again in the future and highly recommend them. Very happy customer. Thank you Titan Cleaners. More...

Leave a review for Titan Cleaners