COVID UPDATE: All our production services are now available again, but with added precautions and social distancing in place where required. For more info please see our site: www.splcomms.uk or contact us directly: hello(at)spl-communications. co.uk

SPL Communications is a full-service marketing services, content creation and video production company specialising in business-to-business communications for large and small organizations. Please be aware that we are VAT-registered.

SPL is headed up by Ian Sandall - a highly rated Film & TV pro with many years of experience in broadcast, commercials, and training videos. Ian also has a background in branding and marketing, concentrating on strategy and writing.

You'll get top-class pros working on your job at a competitive price - people with years of high-end experience that few other companies in the area can offer. We know we'll do a great job for you!

Please contact us to discuss work you need pricing. As a very rough guide our video production prices start from:

Want some advice on choosing a production company for your latest film? Check this article: https://bit.ly/39p9wqT 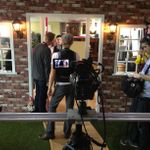 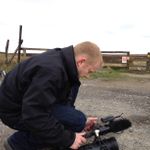 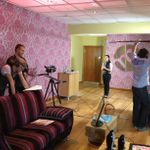 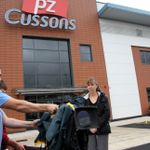 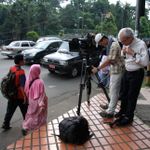 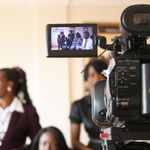 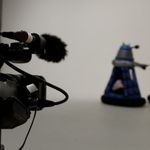 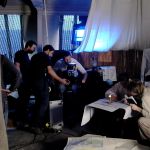 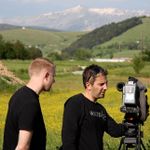 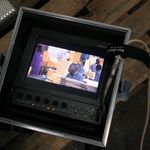 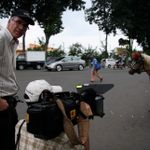 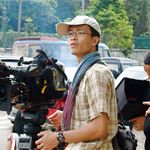 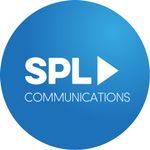 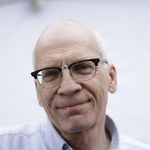 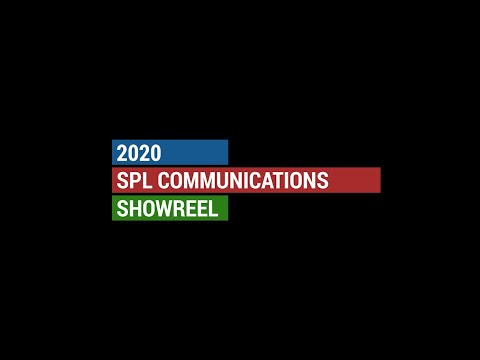 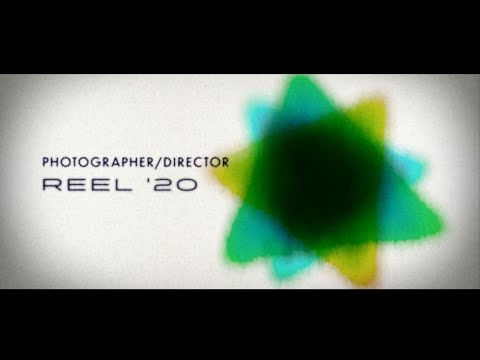 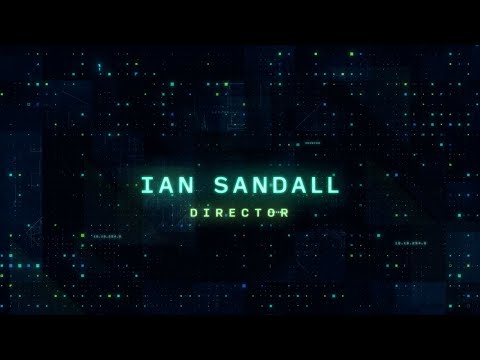 Working with SPL Communications, has been an excellent experience. This was our first attempt at creating professionally produced YouTube videos. Ian Sandall's experience and guidance made this process stress free and the production seamless. We are delighted with the results. We will be using Ian again, and would recommend him without hesitation. More...

We were impressed with Ian’s grasp of the specialised nature of the copy we needed for our new site. His knowledge and obvious enthusiasm for the subject meant that the copy was exactly what we were looking for and we intend to carry on using him as the site develops.
His ability to incorporate SEO keywords into our copy was a bonus and will be invaluable to our business going forward. More...

We commissioned Ian to produce a series of testimonial videos of our dealerships.
Ian was amazing. He took into account everything we wanted to get out of the videos and delivered above and beyond.
During the whole process, there was clear and regular communication with various suggestions, additions and changes. All of which, helped elevate the videos even further.
He was extremely prepared and flexible due to lockdown concerns in areas where we needed filming. He made the whole thing effortless. Polite and professional all the way through. I can imagine we will be seeing him again for more. More...

I was pleased we selected Ian Sandall to direct and produce our recent film. We were all impressed by his understanding of our product and the requirements of the brief, getting up to speed quickly and even introducing us to other suitable suppliers for specialist work. The finished film has surpassed my expectations and gained many positive responses from our stakeholders. I’m happy to recommend Ian to any organisation requiring films for a specialised or technically-based product / service. More...

We asked Ian at SPL to make a series of videos to explain our proposition and record some case study testimonials. I must admit I had underestimated how much thinking has to happen to get a good result but Ian was totally on it. He really knows what has to happen to make videos which say what you need them to say. We are very pleased with ours. Top notch. Whether it's your own money or your marketing budget, you can relax if you get Ian involved. Thoroughly recommended. More...

My name is Patrick Gaydecki, Professor of Digital Signal Processing at the University or Manchester, and also Director of Signal Wizard systems Ltd, a spin-off company from the university that develops and commercializes consumer audio devices for the music industry and performance artists.

We commissioned SPL Communications to produce an official promotion video for vsound - an effects pedal for violinists - which is one of our flagship products. During our planning meetings with Ian Sandall, I was impressed with his professionalism, evident expertise and meticulous attention to detail. In particular, he asked many searching questions that subsequently proved to be of key significance in the shooting of the video.

Ian Sandall made all necessary preparations for the filming, optimizing the execution of the procedure and leaving nothing to chance. This meant that on the day of the filming, which took place in a recording studio, the various scenes were shot with efficiency and in a timely manner. It became evident during this process that he was a consummate professional with all aspects of the filming, addressing matters including scene setting, lighting, positioning, sound levels and sequencing with an expertise that was reassuring to his clients.

The final promotion video was released after several discussions that centred on the initial cuts that Ian prepared. We are very happy indeed with the final product, which is rapidly accumulating views – and likes - on our YouTube channel. The video is polished and engaging, with a fluent voice-over and narrative trajectory that is compelling and also intriguing. In short, within the space of less than three minutes (an ideal length for such a video) it tells a good story with impact and conviction.

I repeat that we are absolutely delighted with our video and we cannot recommend SPL Communications, and Ian Sandall, highly enough. More...

We were delighted with the videos produced by SPL which faithfully captured the essence and ethos of our company, its people and the innovative Arvia water treatment system. We were also impressed with Ian’s technical understanding of our processes, enabling him to ask the right questions when interviewing and then structure the videos to appeal to our target audiences. Personally I’m not really at ease in front of a camera but Ian made it painless for us all here. I can highly recommend SPL to anyone looking for a professionally-produced technically-based video. More...

The attention to detail from brief to final film from SPL is superb. Getting to grips with the issues, showing clear understanding of the task in hand and then executing it is rare and Ian managed to do this perfectly and quickly. His guidance and suggestions resulted in films for Solvo Vir that exceeded our expectations. I can’t recommend SPL highly enough. More...

I love the challenge of being able to turn someone's brainwave ...or a few sketches and some random words into a full film production that can move or motivate an audience and sell product! Film-makers are passionate people and my particular passion is filming people.

Making 'documentary style' interview films is what I excel in; after all, people BUY people. And people buy products and services from people too. I love being able to tell a story just using interviews with people.

And through many years experience I know how to get the best out of people on camera. I can put them at their ease and let them open up to me - it works a treat!

It was quite some time ago now but I think I became unemployable!

I knew that I had a certain skillset that wasn't being fully utilised where I was, so many years ago decided to set up on my own and have been happliy making films ever since!

So as a result I love working with entrepreneurs and those who have 'broken the mould' and decided to do things their own way! I have a wealth of experience in dealing with people - from the boardroom to the factory floor - and can put this to good use when making films for my clients.

I'm passionate about TV & Film and will ALWAYS go the extra mile!

When you ask me to work with you (or even at a pitch stage) I'll put together a full treatment that will:

- Propose a creative route within your budget
- Itemise the number of filming and editing days and any other requirements
- Give you a specificatuion and a fixed price for the work.

In addition as a Fellow of the Institute of Videography (www.iov.uk) I work to their high professional standards and am fully insured. For the security of my clients, I also carry a £100K Producers Indemnity policy.

Apart from coming to film you or your company (and sometimes that isn't necessary either) everything else can be done remotely. We send you progress reports as we proceed with the production and post-production.

If we do need to film in studio or at your premises, we are fullly COVID-19 compliant as we 'short crew' and for your information we ARE allowed to film indoors and outdoors during any lockdowns that may take place, provided we stick to our guidelines.

During recent lock-downs we have also been producing a wide variety of videos using stock footage. Most types of shots are available - it's just a question of having a budget and knowing where on the internet to look! Using stock footage means we can do everything remotely and discuss everything using Skype, Zoom or Teams!

Our shoots are fully COVID-19 compliant and we work under the current film and TV industry for safe filming. This includes wiping down and sanitising all technical equipment, no-contact microphones if requested, and a very small crew. For more info, check the main page of our website: splcomms.uk

Editing of all types of video material. I have a fully equipped 4K edit suite built to my specifications recently and edit using either Premiere Pro or Resolve. I also carry out picture grading and have a colour-calibrated monitor.

Event coverage of conferences, seminars and meetings for business clients. Services available include the production of video openers and stings as well as autocue and editing either on-site or after the event.

High-end video production is our speciality. Check our website for more info: www.splcomms.uk

Ian has a great deal of experience directing TV commercials and programming in the UK and abroad. He's available with or without assistant.

Writing service for corporate and sales videos, websites and brochures.

Leave a review for SPL Communications