Financial planning for individuals and families. We offer mortgage advice from the whole of market including re-mortgages to help save clients save money by moving lender, further advances - for capital raising for home improvements, holiday home purchase, second house purchase, business needs.
We help people to buy new homes, move up the ladder, buy their first property and encourage clients to consider help to buy schemes. In addition we assist when people wish to move out of shared ownership situations.
We get to know our clients' financial and personal situations indepth early on. It's important that information input to any lender is correct which avoids surprises or disappointments in the future. We project manage the deal through to completion, liaising with lender, surveyor, solicitor and estate agents (where applicable).
We provide decision in principle FREE OF CHARGE which helps our clients shop with confidence when they're ready to purchase their new home.
We can operate face to face or over the phone/email/face time - to suit the client. Our service is extremely efficient and fast. 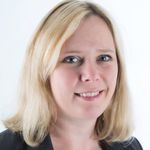 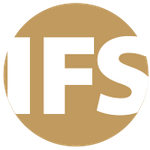 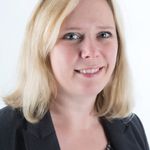 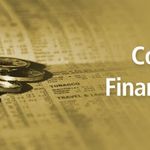 Excellent to do business with. Prompt, professional and informative.

Louise has been so helpful with sorting our mortgage and life insurances for us. She has spent lots of time with us to give us the best options. She has been in contact with us throughout the whole process and keeping us up to date with how it's all going. We will definitely be using Intuitive FS in the future and I will definitely be recommending them to my friends and family. More...

I contacted Louise at Intuative FS back in August to ask for help in organising a mortgage. Louise was fastidious in her research and efforts to find the right mortgage, in what was a unique and difficult circumstance. Regardless of the unusual circumstances, Louise showed huge confidence in her ability to be able to source and execute a solution. She did this very quickly and explained everything on fine detail. As a financial adviser I can honestly say she is one of the best out there. Highly professional, knowledgable and goes the extra mile. The same can be said of the team at Intuitive FS. As a person she fills you with confidence and has been an absolute pleasure to work with. I’d have absolutely no hesitation in recommending Louise and Intuitive FS, to family and friends. More...

Louise at intuitive was fantastic. She was recommended to help with a new mortgage and made the whole process easy, straight forward and assisted throughout.
She was always contactable and replied without delay with a friendly and knowledgeable approach that puts you at ease. Would definitely recommend. More...

We cannot praise Intuitive enough.
First class information, guidance and understanding throughout.
Mark made choosing my pension options a breeze.
Would recommend to anyone.

I have dealt with Mark Popple now for over 15 years and in this time I have known him to be a honest, knowledgeable and professional advisor without the hard sell. In more recent years I have dealt with him through Intuituve for investment advice and everything is explained in an easy to understand format, fees are transparent and I have been left feeling reassured that I have the correct product for my needs and that I understand it. Mark is very personable and I would recommend him to anyone looking for professional, reliable and quality financial advice. More...

Having made contact with Intuitive FS through Mark with a very vague initial enquiry regarding possible financial arrangements for our future, I can only have positive endorsements for the way in which Mark has dealt with my situation. The service he has provided in the face of much prevarication on my part has been exemplary, from the first meeting one becomes aware that the main purpose Mark holds is to provide his clients with the most beneficial information for each particular set of circumstances. Nothing is rushed regardless to how it impacts upon time. If this is typical of Intuitive FS service, then I have no hesitation in sincerely recommending them to anyone searching for such guidance. Norman Adamson More...

Mark and the team at Intuitive take the time to understand your investment needs and to research the best portfolio for your investments to provide a great service.

Mark Popple has managed my financial investments for about 20 years, and I trust him implicitly. Mark has always acted with complete professionalism and his advice has been invaluable to me

Absolutely top class service! Louise and her team at Intuitive Financial Services have gone over and above to help us secure our mortgage needs. They are friendly, approachable, available anytime of the day (within reason!) and most of all have really made us feel at ease with the pressures of buying a home! Would recommend 110% More...

The team at Intuitive FS have always provided me with first class service, expert knowledge and superb customer focus. I would happily recommend them to anyone looking for a trustworthy and professional financial service provider.

Outstanding! I’ve had Julie and Martin help me with several buy to let mortgages. They always do a fantastic job and are so helpful. Nothing seems too much trouble for them. A friendly and competent service that I will keep using. Highly recommend them! More...

Absolutely top class service! Louise and her team at Intuitive Financial Services have gone over and above to help us secure our mortgage needs. They are friendly, approachable, available anytime of the day (within reason!) and most of all have really made us feel at ease with the pressures of buying a home! Would recommend 110% More...

I was referred to Intuitive FS through a financial advisor in Bridgnorth, as I was looking to unlock a private pension (LGPS) at the age of 55, the dealings I had with the council was terrible, I’d even go as far and say it was disgraceful, but by using Intuitive FS I got the outcome I wanted, they kept me informed along the way until everything was completed, and the final bill for their services was very reasonable considering the way we were all messed around by the council and the pension fund, so I can highly recommend Intuitive FS, you won't be disappointed.

Louise and her team at Intuitive FS have been super professional, friendly and informative when it came to looking at life cover and insurance for us and our children. They are not only approachable and helpful when it comes to health insurance and income protection, their mortgage advice is particularly valuable. Would definitely recommend. A great local business with a friendly team. More...

Every customer's needs are different. I love getting to know the family and working through solutions, providing great financial planning advice.

Having worked within financial planning for banks over many years, I felt restricted in the offering for my clients. I knew that I could offer a better service by having access to all lenders and banks.

Your clients should choose me because I deliver on my promises, I am very efficient, I understand customer's needs and situations exactly very early on in a conversation and i'm fun all at the same time.

Leave a review for Intuitive FS