At TotalHousehold PRO we know digital marketing - and we know how much time you need to do it right.

Our team of tech-savvy individuals and marketing gurus are here to provide all the back office support you need. From building and designing your website, to establishing social media pages, managing local listings, merchant services and more - we'll help your business take off.

The TotalHousehold Pro App makes credit card and check processing much simpler and secure for the home improvement and construction industry.

INTRODUCING THE...TOTALHOUSEHOLD PRO APP!
TotalHousehold Pro has partnered with CardConnect to offer the best-in-class payments technology which is directly integrated with TotalHousehold Pro, providing users with a single source solution. 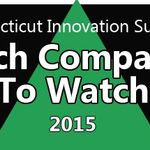 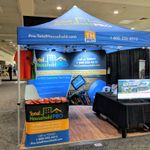 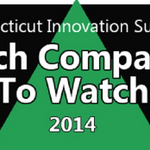 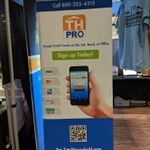 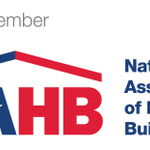 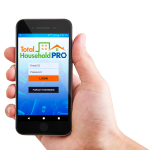 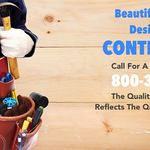 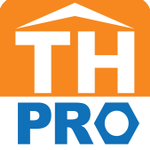 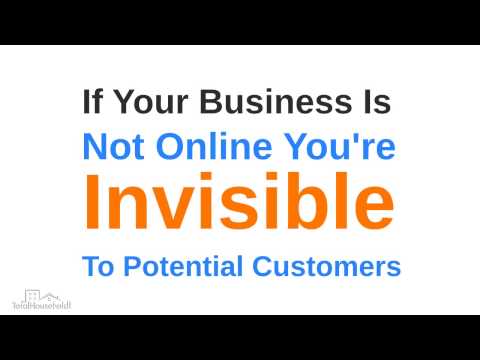 These guys are great. Jeff answered my email on a Friday night, we had a call Saturday morning, and we were off. This is the only company I have ever worked with on my site that finished when they said they would. Communication, responsiveness to changes requested- everything was fast and exactly as I asked. Can’t wait to keep moving forward with these guys! More...

If you are looking for a web designer that can put you out of business, these are the guys for you. Want guys who never ask for input or let you talk to the designer or see progress on the web site they are building for YOU? Jeff is your guy. Want to work with a company that stops calling the day they collect the check, or I'm sorry, they do the "On-Boarding?"( about a 4 minute phone call. Make the most of it because if you don't call them you may never hear from them again.) If you want to hire a company that does more right the day AFTER you fired them, in writing, to cover their ass than they ever did before then, hire Jeff. Besides, where's the fun in working with a company that is organized, sets clear expectations, sees the value in getting your input BEFORE the site is designed, and own up to their mistakes. You can just hire these guys, its like going to the circus, the VA, the DMV, and hanging out at a daycare all day, all at the same time. This by the way was my 4th web site, and by far, the worst experience I have ever had. Seriously, its one thing to make a mistake, but its a totally different animal when the owner, JEFF, wont own it and stand by his commitment. He does nothing that he says he does on his web site My gut tells me a lot of his reviews are not real. They must be family and friends. If anyone wants documentation to back up this review, feel free to reach out to me. When they stopped calling after taking my deposit. I knew I was headed for trouble. I documented everything. Bad news all the way around. They are too many other options out there to take a risk on these guys. I would give zero stars if it was an option More...

This review is inaccurate, to say the least. Once Mr. Kemp became a client, we go through a discovery process, competitive analysis, and an on-boarding call with the client, which with Mr. Kemp was about 1.5 hours. Mr. Kemp needed to provide us with the logo, images, and a writeup of his process. This took some time for him to get these items to us. Then we worked on the server to prepare for his site, setup a theme, and started on the content. We always write the content prior to the design. Once we had a good foundation to the content (which can always be altered by the client), we started to create the design based on the logo and content (like making the cover of a book after the book is written). There are a few people who work on the design based on needs, requirements, and client requests. Once the design foundation was complete, we sent it to Mr. Kemp for input on both the content and design. We had to follow-up with him repeatedly to get his input on changes. After a couple of weeks (due to his work & vacation schedule) he was able to provide us with more images and a Word document with changes. Over the course of the next week, there were multiple emails and conference calls with changes. We actually dedicated a fulltime staffer’s effort to work with Mr. Kemp to get this project completed. Then today, after more colorful emails with Mr. Kemp, we learned he had created an additional Word document with more changes, that he was upset about that were not complete. So, we were able to make most of those changes to the site as well. Mr. Kemp was still not satisfied. I have received profanity laden emails & texts directed at myself and staff (which I do not appreciate anyone bad mouthing my hardworking staff). I respect his right to his perception of the situation and placement of a review, but unfortunately, in business, not every relationship ends in agreement. And I think we are going to have to agree to disagree. We let him out of his contract and wish him the best of luck and hope he finds what he is looking for.

We recently contacted Jeff at TotalHousehold to design our website for our new company GS Enterprises LLC, and we couldn’t be happier! The site is beautiful and exceeded our expectations. Our interaction with Jeff was seamless! We are excited to have TotalHousehold manage our website and look forward to growing our business with them. More...

TotalHousehold pro was excellent to work with! They made a beautiful website for my company, and charged us a great rate! I would recommend them to anyone that is looking to get a great website for a decent price!

We used Google to seek a website developer to build and maintain a website for Lawns-N-More. This brought us to Jeff LaCava of THP. He listened carefully to understand the scope of our business and the target areas that we provide our property maintenance services. As he had projected, within two weeks he delivered a wonderful professionally built and functioning website. Shortly thereafter it was generating traffic. A huge thanks goes to Jeff Lacava and his THP staff. More...

Working with Total Household Pro has been a pleasure. I am sure that I made the right choice in trusting them with our business's online presence. They work diligently to put us on top. More...

Great web company for home improvement business like mine, Garage Innovations, Inc. They are easy to work with, deliver a great site that generates leads regularly and changes/additions to my site are done promptly

I have greatly enjoyed working with Total Household Pro for our web and marketing services! Jeff LaCava, the CEO, personally worked with me and my end client extensively to ensure that we got exactly what we needed to promote the business while working within the set budget. Bob Vancho was our Sales Manager and worked with Jeff to take excellent care of me and my end client. The website they made was extremely user-friendly, beautiful and well-designed, and worked superbly across all devices (PC, phones, etc.). The Total Household staff are experts in their fields and can answer any questions posed, plus Jeff and Bob have great senses of humor and positive, outgoing personalities. I give Total Household my highest recommendation and would suggest them to any other clients looking for web/marketing services in a heartbeat....they are wonderful! More...

They did a terrific job with our website! Very responsive, creative and helpful. Also very fast, only took 3 weeks. Highly recommend them to anyone.

I met Jeff and Siva in 2016. We needed to make some upgrades to one of our home improvement client websites, and we liked the work they had done with other home improvement contractors. We've been working with Total Household for over a year now, and could not be happier with their work. They are responsive, creative, know what they are doing, and they are awesome to work with! More...

Great Company!! The Web Support is out of this world. Siva was able to assist our company with such dedication! We were really impressed with the communication that took place through our process. Have been their clients for years and we proudly continuing to do so. Highly reccomended! You will be extremely pleased!

We have bee working with total household for over two years now. We are pleased with the results and would recommend.

Total Household designed 2 beautiful websites for our companies. They also add content to our social media pages often. They update content when ever we request it and they are very easy to work with. We have been using this company for well over a year now. The website is very visibly appealing and we obtain several online requests for quotes daily. I highly recommended them! More...

It is not so much the website itself, but the quality of the hosting and the server reputation that is the hidden key. But if we were to focus just on the website, it would be the structure of the content.

What questions might you ask a client when starting a new project?

We ask every prospective client "What makes you different than your competitors? What is your edge or competitive advantage? And don't just tell me you have been doing this for 20 years.

Learning about so many types of businesses that exist out there.

To take my knowledge and help smaller businesses grow with the use of the internet.

We really focus on the infrastructure of a site, proper content structure, and a focus on helping the Home Improvement and Construction Industry.

With our Mobile app, clients can take payments on the road, on the job, or in the office. With a low fixed rate and NO transaction fees or surprise charges. There is the ability to connect it to your QuickBooks account as well for a seamless integration.

Leave a review for TotalHousehold Pro