I sell handmade cakes in the North London Area. I use fair trade ingredients in my bakes, particularly sugars, cocoa and chocolate. I delivery, though depending on location will have a cost, this ensures the cake arrives in pristine condition. Though you are more then welcome to pick up your orders.

Please do contact me for prices, as each individual and unique bake and design has a different price. I can work around whatever the budget and make the cakes look awesome still, and they will definitely be tasty and of course fresh.

Follow me on instragram - Najiacakes70 to see all my designs 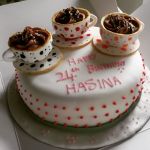 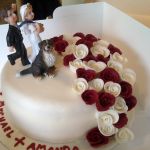 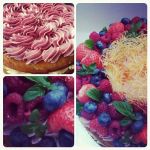 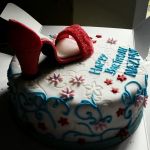 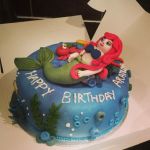 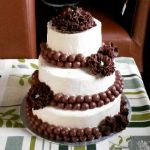 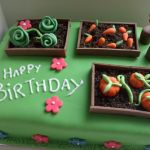 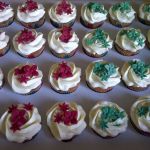 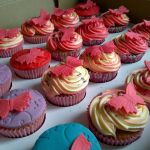 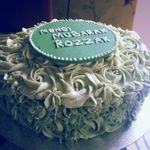 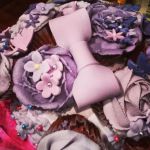 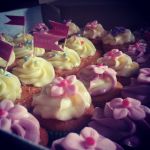 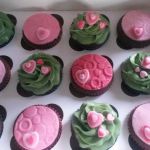 Loved every second. I traveled from NYC and I must return. It's a candy store and inspiration for cakers. I encourage you to attend you wont be disappointed. Oh and I had the chance to meet my cake goddess Liz. M omy I cant wait. More...

I loved the fair. Classes were awesome. I just wish there were more competitors at the fashion show and that you had three winners places at least.

Love it... The registration this year was be on organized it was fast and easy to get in the app was amazing good job guys it was awesome

This was the most fun experience! Especially if you're starting a bakery/cake business! I got tips, tricks, supplies and memories for miles! Thank you please come back to Orlando next year! ❤️ More...

Loved every think but the cocktail party. For the money I spent on it to get a little piece cheese ( the only way I got that cheese my friend gave it to me)and a bottle of water was not right.

First time coming but I am amazed at all the classes and sessions that are going on. The teachers have been so impressive with their desire to ensure every question is answered and all processes are understood by all attendees. People from all over the Globe and working and learning together and having a great time. So much FUN and so many vendors with products More...

First time at show. Had a wonderful experience. Four days of classes with some of the greatest cake decorators in the world! The event was well coordinated, and gained a lot of knowledge from venders! I entered a cake into the cake competition for the experience just to receive comments from the judges. Satin ice did a great job planning this event from start to finish. I applaud them. Thanks you for this. More...

I attended the show to see how well it was going to be received and how organized it would be. Registration was a breeze, even for those of us who did not remember to bring our registration sheets. Easiest registration I have ever encountered at any event I have attended. Personally, I think the show was a home run for everyone.

The Vendors were terrific and I met new people with products that I want to stock in the store. Some very interesting new things with different takes on the old standard. One thing I did not like, (and this occurs at every show it seems) is the vendors dropping their prices on Sunday. This just encourages people not to buy or to attend until Sunday while those on Friday and Saturday who purchased items, overpaid.

The Celebrities' time was very short as they were shuffled from here to there and I know some wanted pictures and did not get the chance. I felt they took as much time as they could trying to interact with the public. Yes, some of the lines to meet and greet the Celebrities were long, but that is just something that happens. I found them to be quite receptive during their demonstrations in the booth and tried to be as personable and giving as they could.

The attendance was terrific and there was very good space between isles so that you did not feel like cattle being shuffled through. There were times that you had to excuse yourself to get through but it was not a problem. Everyone in attendance, that we encountered, was very gracious.

The demos were terrific as were the classes. I loved the live competition and the way we could come and go, sit and watch whichever country you wanted then move to another. Susan Notter did a wonderful job as Emcee. She is such a knowledgeable person and it showed.

We did not attend the Fashion Show. It was a little pricey and we did not have clothing with us appropriate for attendance. But I heard rave reviews for those who did attend.

Thank you Kevin and your team for doing such a wonderful job putting on this show. It was well thought out and very organized. See you in 2017. More...

if you love sugar and cake decoration this is the place to be ... its a Candy land for cake lovers...

We absolutely loved everything about the Cake Fair. The competition cakes were amazing and we could have spent the entire day just looking at them - so many details and techniques. We watched some of the International Live Cake Decorating Competition, visited all the vendors, listened to the very entertaining Ron Ben Israel, watched the Satin Ice demos. learned from Dominic Palazzo how to apply Marvelous Molds onlays and met so many wonderful people. Mercedes Strachwsky's Sugar Art Underwater Reef was absolutely stunning. There was so much to see and do that the day just flew by. More...

So much fun. This was my first year and I learned so much and ready to go home and move my business to another level, after some sleep. One suggestion would be for the hands-on classes that cost $150 maybe more products could be given - for the airbrush class we got a few pieces of stencil and in watercolor the icing sheet we painted as well as a blank. Otherwise my mind has been blown. Made some freinds as well, the app was great. See you next time. More...

I enjoyed The Americas Cake Fair. I do wish there were even more vendors. Maybe Saturday will have more. I also wish there was more competitions or fashion shows in the day time. I drove and hour and a half so I wasn't there until they closed. More...

Leave a review for Najia Ahmed