Kammoon is a London-based boutique catering company that offers delicious authentic Lebanese cuisine, with a lot of attention to detail and creativity.

Passionate about their local cuisine, Kammoon takes you on a culinary adventure of discovery through the rich and subtle flavours that distinguish Lebanese gastronomy.

With a wide offering on their menus including many vegan & vegetarian options, they can serve any occasion & dietary requirement.

A variety of high-end bites that couple tradition and innovation are available for canapé receptions. For sit-down meals, both buffet and plated services are available, providing the full experience of a genuinely Lebanese meze feast.

Full service catering is available for weddings, private dinners, corporate events and canapé receptions. Kammoon’s experienced team will bespoke to your needs and budget and always deliver more than expected!

Additional catering solutions can be included, to make your event extra special, including: 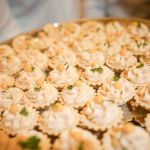 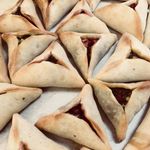 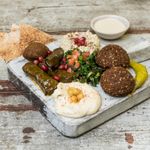 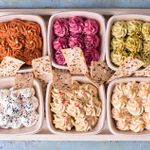 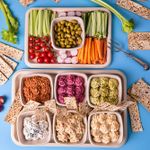 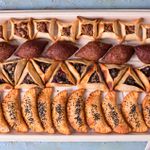 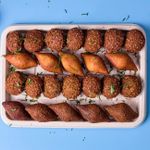 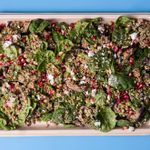 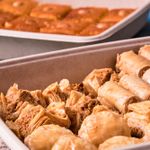 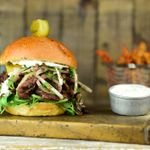 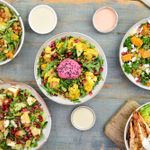 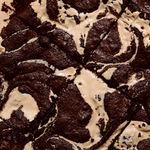 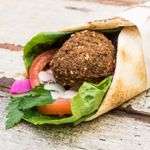 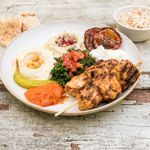 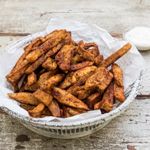 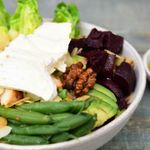 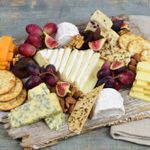 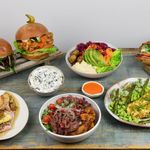 Great service and great food. Everyone enjoyed it we had a great evening. Loads left over though. Best sliders I have seen and were very tasty. Can't fault the service really

They have been very helpful in suggesting food for party, and quick to send quotes. Proof will be in the food when it arrives on Friday.

Kammoon catered our corporate event. I was extremely satisfied with the whoe experience - from beginning to end. Before the event, I was in constant communication with the sales and marketing team who handled our requests and demands very efficiently. The food was absolutely fantastic and everyone loved it, so I definitely recommend Kammoon for any kind of event you are organising :) More...

I am very happy with the services here. The food is very good with fair prices. There was an error in my order and Kammoon was very quick to sort it out, clearly showing they pay close attention to customer service and satisfaction.

I was in the process of organising a cold buffet lunch for NHS Trust corporate event/training day for approx. 100 people for the beginning of April.
I was not overly hopeful when Lea from Kammoon got in touch via Bark.com in the beginning of March which was due to a previous disappointment with a different company (albeit the disappointment in fact resulted from our procurement depart. saying no to that specific supplier due to some of their T&Cs which were somewhat restrictive).
I thought I had found a good catering provider based on their collaboration and nice sounding menu which matched with our budget but as this Plan A fell through it kind of set a negative precedent.
Then Lea from Kammoon contacted me…

She was very forthcoming and eager to learn about our requirements and offer their services.
I think I made her wait on occasion especially at the beginning due to workload and other matters (Sorry Lea!).
I subsequently provided her with all details/requirements I was able to think of (my first time trying to organise catering for such big event) highlighting the quite limited budget.
At this point I was not convinced Kammoon could match the offer previously received. How wrong was I!??!!
Lea’s quotation was almost like mouth wateringly great sounding and within our budget!
I was positively surprised. At this point my concern was the potential of not many team members
actually liking Lebanese food however, I also knew I did not want to offer normal boring sandwiches as option.

Lea assured we can modify the menu and also said she would be sending some samples to our office.
In all honesty I did not take her proposal too seriously as I thought what company does such kind acts at this day and age!?
Even for the purposes of engaging potential new customers!? I was sceptical but a few days later, as Lea had promised, samples were delivered to us.
And what a mini feast it was which I got to share with a few colleagues (not that I necessarily wanted to share such deliciousness but hey act of kindness ).
The falafels were the best I have ever tried in my life, and as they often are quite dry I have never been a fan, but Lea changed my mind BUT now I might be even more sceptical with any future falafels I might try as Kammoon’s are clearly pretty much out of this world!
So was most of the other sample items such as the mini-burgers! I got so excited about the whole task of organising the catering again.

However, and disappointingly, our finance team subsequently did not approve the budget as the financial year was just coming to an end and our clinical director did not push for the buffet lunch either as the rate would have been on the better side of £1000 yet we know it was an extremely competitive offer, and the menu was tailored to us with great variety of options to satisfy, if not all, at least most people without a doubt. The training day came and went and unfortunately we only had tea/coffee and biscuits to ‘enjoy’.
I bet the feedback received from staff would have been way better had they agreed on arranging the catering for the day.
But unfortunately it was bad news regardless of all Lea’s and my efforts. I felt so bad about having to say no to her.
But on a positive note, if ever we will have catering in future I would most certainly contact Lea first, and I still am ever so thankful for the samples as well as Lea’s professionalism throughout.
If you are in doubt of what company to use for your event, please stop right there! - just contact Lea and be positively surprised. Guaranteed!

Incredible service, food, and everything! Portion size was perfect and great value for money!

I was worried at the start, but I am very very glad to have picked Kammoon and you should too!

We had a short notice business gathering; I asked for easy finger food, simple but tasty, what you delivered was exactly what we required. Everything was delivered in a calm, professional and friendly manner.
The food was enjoyed by everyone, and they left everything the area clean and tidy at the end.
We will definitely consider using again and happy to recommend. More...

Kammoon catered at our wedding and did an absolutely outstanding job! They were incredibly helpful making sure everything would go well and helped us put a delicious menu together. During the day the two chefs were helpful, professional and even gave out tasters to guests when passing the kitchen. The food was outstanding and plentiful. We could not have been happier More...

Kammoon catered at our wedding and did an absolutely outstanding job! They were incredibly helpful making sure everything would go well and helped us put a delicious menu together. During the day the two chefs were helpful, professional and even gave out tasters to guests when passing the kitchen. The food was outstanding and plentiful. We could not have been happier! More...

Kammoon catered lunch for our conference. the food was absolutely delicious.

Execptional lebanese cuisine in London!! ♥️ Everyone should try it !!

Exceptional food! feels like mamas home made food, love it

I randomly found out about Kammoun, but I would highly recommend it! Food tastes so good and fresh, just like mom's food. Thank you :)

Words wont do them justice. Food, packaging and delivery are all excellent. If you like home made food, go for it. I am 100% sure you wont regret. All the best Kammoon team, keep it up :))) More...

Amazing food! I won’t miss my mum’s cooking anymore � super delicious and healthy! Keep it up

By far, the best traditional and healthy Lebanese cuisine in London. Amazing website and delivery service.

How do you go about creating the perfect menu for your clients?

Our attentive & experienced team will bespoke to your needs and budget and design innovative menus that focus on delivering the best experience to your guests.

We are experts in creating unique, delicious tastes that will take you to a culinary adventure, enhanced by subtle and rich flavours, authentic cooking techniques and distinguishable Lebanese flavours.

With a wide offering on our menus and a highly skilled and experienced team, we can cater to any event and dietary requirement. Our food is fresh, colourful and tastes absolutely delicious! Our chefs are very attentive to details and will always create an eye-catching food displays to amaze your guests.

Whatever your needs, we will bespoke to them and always deliver more than expected!

Additional catering solutions can be included, to make your event extra special, including:

Leave a review for KAMMOON