My name is David and I am a therapeutic counsellor based in a Grade 2 listed building in the centre of Newcastle upon Tyne.

What I do is called Person-Centred counselling. I work one-to-one with adult clients in a private and confidential setting, for short-term or long-term work. My aim is to offer a therapeutic environment in which you and I can work together, to safely explore any emotionally difficult and / or complex personal issues.

By actively listening to you, and genuinely trying to understand and fully accept who you are, a therapeutic relationship can form. With an effective rapport established, in which you are neither judged nor pushed but instead supported and encouraged, you are free to find your own way.

Here's a really useful video on the BBC website, about looking for a counsellor:
https://www.bbc.co.uk/news/av/stories-43979875/how-to-find-the-therapist-for-you

I hope that we can arrange a meeting soon, for a half-price consultation. 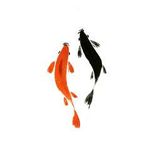 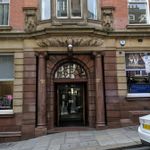 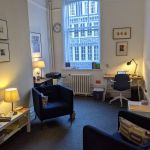 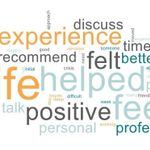 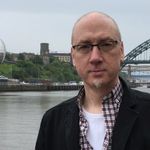 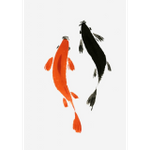 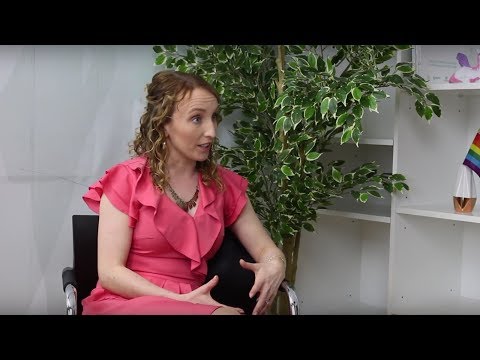 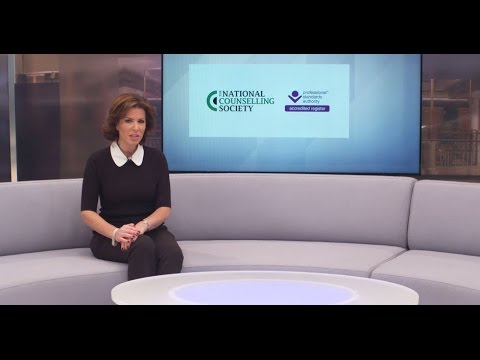 Went into my first session not knowing what to expect. I quickly felt at ease as David early on explained various things such as the service he provides, guidelines, etc. During the many sessions that followed I always felt as if someone was actively listening to me and I was always provided great feedback and guidance when needed. My work with David really helped me to find inner peace and take a more structured approach on life as I was finally able to handle my emotions better. Thank you very much! More...

Thank you so much for the feedback, which I am sure will be of value to those considering counselling. I am very pleased that it was a positive process for you, which was a result of your being open and honest. May you continue in your growth and personal discovery.

Such a lovely, kind, professional man. Very efficient and prepared. Informative run through of how he works before you start the sessions. Very understanding and empathetic. Highly recommend this lovely man More...

I love my job - and one of the best parts is getting positive feedback. Thank you for taking the time to say something so generous.

David's approach, way-of-being and experience have had a deep-rooted positive affect on my mental and emotional well-being, and beyond immediate needs, counselling has helped me reassess my approach to life. Off the bat I felt listened-to with full attention, and felt secure in that evaluation felt pretty much spot. What I value is that his approach is not simply about being 'there there' reassuring or aimed at presenting easy wins, and this has worked well for me. More...

Many thanks for your positive and honest comments. I'm so pleased that we worked together so well. I confess I smiled at your remark that I'm not a "There there" kind of counsellor, as that's very true! However, I always aim for an underlying kindness and compassion, which I hope is received by my clients.

I would highly recommend David.
I started therapy with David in such a dark place and with his help left with a new feeling of control in my life.
He helped me to get out All the things I needed too and gave me the mental tools to become a more confident and happy version of myself.

I couldn’t thank him enough. More...

Thank you for your kind words, Abi. It was a real pleasure to work with you and help you find the resources to create positive change in your life.

A very positive experience. David supported me through a difficult time and helped me through it. I felt listened to on a deep level and was amazed by how someone entered my world and understood me so much. My concerns were comprehended and worked through. There were also light and funny moments. I liked myself better because he reflected my positive qualities and helped me appreciate them. More...

Thank you for the constructive feedback. Your willingness to be open and honest led to fruitful change, I believe. It's been my pleasure to work with you and be an active part of that process.

David has a very calming voice and is a really nice guy to go with it.
He makes you feel at ease from the moment you meet him.

What a kind thing to say - Thank you so much for that, David.

I had the pleasure of working with David during an unsteady period of my life earlier this year and I'm overwhelmingly happy that I took the opportunity.

David a very good listener, and often challenges you to explore how you would feel had scenarios gone differently, which did wonders for my development and helped me grow out of the anxiety and depression that had engulfed my life at the time.

Not only is David a good counsellor, he is also a great person. Should I ever need these services again I would return. Highly recommend his services. More...

Many thanks for that, Adam. I’m always pleased when a few weeks is enough to help a client find their feet. You are strong, thoughtful and capable – and I feel that you will succeed in your life goals.

I have been working with David for many months now and it has been a very eye opening and a self aware experience.

I was extremely nervous to start counselling and was very cautious to discuss personal experiences with a complete stranger!
Over the first few initial sessions we just spoke about my general day to day life style and then moved on when I felt ready to do so at no point did I feel hurried or pushed to discuss anything I wasn't comfortable to talk about.
I can honestly say through counselling with David I have learnt so much about myself , overcome personal hurdles and changed my way of thinking towards situations in life.

David is a very friendly and respectful person going to a counselling appointment especially if it's your first time as it was for me is a very daunting experience, David made me feel completely relaxed and I would highly recommend.
Thank you More...

Many thanks for the lovely review! I've enjoyed our work together and it's been a privilege to help you find your way ...

I was contacted by David Simon after placing a request for help on Bark.com following a personal crisis. I was also contacted by several others, but I decided that the person-centred approach described by David was the most attractive sounding option at a difficult time. Five months on and I am still attending regular counselling sessions with David. Bringing the initial crisis out into the open by talking it through, and the perspective that this process offered, was extremely therapeutic. That particular issue soon diminished in its relevance, but the sessions spontaneously moved on to discuss much wider issues, some buried quite deep. I have found this to be an unexpected and rewarding consequence of the counselling. It has taken me some time to be able to talk about some of the issues involved, but reaching that stage has always ultimately been a positive experience. As much as the sessions can sometimes be challenging for me, it is also true that the discomfort has been outweighed by actual enjoyment, which is not something I would have anticipated from experiences with counselling earlier in life. More...

Many thanks for those words, David. For some clients, only a few weeks of solution-focussed therapy is required. For others, like yourself, a journey unfolds over a longer period. I’ve sincerely enjoyed our time working together.

David is a very friendly guy who does make it very easy for you to relax which makes it better for you to talk. Some of our sessions have run over the time limit but he does not just cut you off which is very nice. Feel much more positive in myself now from where I was. But deff worth a visit to David simon More...

Hi Scott, I guess that my relaxed style is part of who I am – and I do try to be flexible about timing, etc., whenever possible. Really glad that the work you’re putting in to the sessions, and in between of course, are paying dividends.

I found David to be very professional and incredibly helpful to my situation. I would have no hesitation in recommending David to anyone who feels they need a counsellor

Many thanks for that, Lee. You achieved a lot in four weeks – well done!

I suppose it must be the satisfaction that comes from helping someone to find that they have the ability to change their life for the better. Once people realise that they have the resources within themselves to grow and develop, it frees them to make further progress on their own.

When a client says: “Thank you” to me – that they can see a way forward or can cope better with a significant loss – then that’s worth all the study and training!

"Being my own boss" means I take the decisions, the responsibility and the satisfaction of the rewards.

I've done many other things in my life, and often been pretty good at them, but counselling is something I love. I'm committed to being the best I can be, because, compared to other jobs, this is where I feel I make a real difference.

Working for myself means I can choose if and how to specialise, without needing permission. Actually, I love the variety I get, in private practice! It's not primarily about the money, you don’t get rich in this profession, but I do get out what I put in. Self-employment can be tough - yet having more control over how I live my life is worth it.

That's up to the client! Finding a "good fit" between client and counsellor is crucial, which is why I offer a half-price consultation – it gives us a chance to find out if we are likely to work well together.

Yes - I am using the Zoom secure platform for online sessions. However , I do not provide telephone counselling.

Regular sterilisation of relevant surfaces in my office, with occasional "fogging". The room is large enough for us to be 2 metres apart. Hand sanitiser is provided inside and outside of the office, as are spare masks for use in the corridors, etc., as the building operates under "Covid Secure" guidelines. Contactless thermometer in use, for our safety.