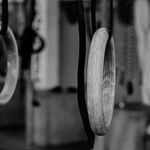 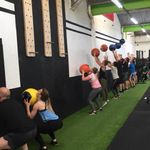 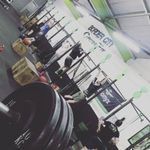 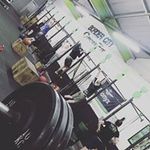 Been doing Crossfit for about 10 months now and I love it. I'm way fitter and stronger than I use to be. The coaches are brilliant and the people are lovely. Would highly recommend Border City Crossfit!!!! More...

Crossfit has been a revelation to my training.

I had been training in the local gym, for twelve months, going down 3 times a week and going through the usual warm up on the bike, some crosstrainer work and then some weights. During this period I had improved my fitness a little and lost a bit of weight. However, I was finding that this process was becoming a chore and that heading to the gym was a boring task rather than something i looked forward to.

I had seen that Border City Crossfit had opened up and was interested although aprehensive to pay them a visit.

I didnt have any cause for concern upon my arrival I was warmly greated by Ben the Coach. He listened to what i was after and then clearly explained what crossfit was about. He offered me a free trail class to see if i liked it.

Like I said I was apprehensive but everything is scalable to the individuals ability. The work out was hard but everyone in the box was encouraging and helpful. Every member made me feel welcome.

I have now been attending Border City Crossfit for 9 months, I have seen massive changes in my technique and ability to undertake the workouts at the prescribed weights over time. The people in the gym are now all friends of mine and there is a real positive atmosphere which is converse to some other gyms!

Crossfit is about constantly improving and testing yourself. After having been active through all sports i have found Crossfit is the right environment for me to push myself to the best of my ability.

The Coaching is great, the members are brilliant and I would and do recommend Border City Crossfit to everyone. It has changed my life all for the better! (although sometimes it doesnt feel like that, immediately after a workout!)

Good luck and dont hesitate in giving it a whirl! More...

My 1st time down and was a little nervous as I was unsure on what to expect but I don't think I stopped smiling till I woke up the next morning! !!! It was fantastic, everyone was so helpful and friendly and the session it's self was lung busting, focused and very refreshing, It seemed to me that it was over all to soon ( maybe not when my lungs were gasping for air after a few rounds of deadlifts and kettle bell swings and box jumps) I can't wait till my next session :) More...

This is an excellent Crossfit gym. I'm only here on holiday for a week from Ireland to see family during half term and have a friend Stacey Pieri is a member at the gym and she talked me into coming to this Crossfit gym, and I'm really glad she did. I want to say a very big thank you to Ben and to everyone for the warm welcome I've received in every class as a visitor to this gym, I'mm looking forward to returning back if you'll take me back sometime again in the future Thanks again to everyone. More...

Dropped in while visiting family in Carlisle. We got a warm welcome and met some great people. Really had a great work out and it was fun to meet crossfitters from another gym and to see the same friendly attitude and high level of coaching. Will definitely be coming back when in the area. I would also like to extend an invitation to all cross fitters from Border City Crossfit to drop into Crossfit Nijmegen when you are in the Netherlands. More...

I've never enjoyed the gym or felt like I was any good at anything to do with sport/fitness... Now I do! 6 months in and I can't get enough of CrossFit! BCCF are the best bunch of people you will meet. I can honestly say that every session is worth every penny! The coaches and the members are a kind, friendly and supportive group of people! I love it!! More...

I was encourage to start Border City Crossfit by my partner Gary. It took me several weeks to build up the courage to go as I felt a bit uncomfortable being a bit older than most people who attend. I met Adam Jones who talked me through a workouts and advised me to attend a few classes to see if it was for me. Adam is very patient and supportive. I’ve met some lovely people and made some great friends.
Crossfit is never boring, forget the gym classes…! If you want to look and feel fitter start Border City Crossfit. More...

I have never been the type of person that enjoys going to the gym and have never done weights or anything before. However I loved my time here. The focus on technique and having other people around made it far more enjoyable. Sad to have to leave. More...

Brilliant place to push yourself and for others to push you that little bit further every time, great squad of friendly people who take time to make sure your getting the best out of your body and using the power the right ways

I've become more toned in a month and a half of crossfit than i have in 6years of going to the gym!
Great people, great trainers, great fun!