At razwerks we believe in doing things the right way. The first time around. Sometimes this means things take a little longer. We’re okay with that, because our focus is on short-term results rooted in in the bigger picture. We apply the same urgency and dedication we would on our own projects, to every client we take on. 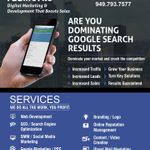 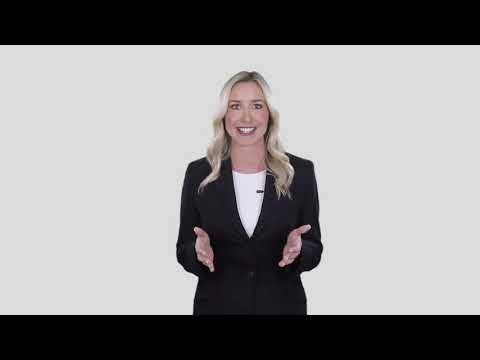 I found this company through some help and the use of Yelp! Here was my situation... my small business struggled to get any recognition from search engines. SEO seemed pretty simple, I read the books, watched tutorials online, even paid for some courses to teach me the in's and out's. But after all that time and money spent my company was still several pages deep on google. Nothing I did seemed to improve it. If you can't be noticed you can't sell product, it's that simple. And my best efforts had failed. Time to bring in the professionals.I asked around and got a recommendation for razwerks from a friend of a friend who is also self employed. After doing some searching, SEO services in Orange County brought them up. They didn't just make improvements, they pulled me out of the google wastelands and onto the front page. Apparently not just my SEO skills were failing but so was my branding. They worked hard to fix my branding mistakes and get me back on course.They know their business and do right by their customers. Service was excellent and staff was not only helpful,but a true blessing!! Ali has a great company and a great team. They're at the top of their game and they're keeping me at the top of mine!!! A 5 star company, no doubt about it! More...

Its always good to find somebody who can learn your business. At first I wasn't looking for a California based agency, but I'm glad I stumbled upon razwerks doing some searches for seo services in Orange County. We had engaged a seo company locally who we were using for a few years, and we were at the point of getting modest growth, similar to a conservative stock market strategy. With some new targeting for Q4 in 2019, in the biggest market my business services, my partner suggested that we look locally, so I did.

The team at razwerks was able to give a quick analysis, not very flashy but we did go through a screen share which was neat. After speaking to Ali at length, he gave off the vibes that he was highly competent. We had spoken with a few other local firms, but none of them had pointed out some easy verticals that we could probably start ranking for. Ali did.

The NDA is also a nice touch. Overall, super satisfied, and our "modest growth" has started going towards good growth. And now we're pretty excited to shoot for aggressive growth! And there are more leads, and calls so its not just all numbers that look good on a report. razwerks is the best seo company in California... or at least Orange County ;) More...

Great company. We've been working with them to get us ranked on Google. As a business it's more important than ever to be on Google. Naturally we decided to go for their search engine optimization service, because our website wasn't coming up on Google when our customers would search for our services. Only our competitors would come up on the first pages. Fast forward several months (it's not an overnight process and we were told this) we are ranking on Google and seeing a lot more leads. And that should keep increasing over time as we optimize our results even more! I like the transparency of this company. 5/5 Stars. More...

We ended up going with razwerks to do a Website Audit and a SEO Audit for our e-commerce website. They were very professional and thorough. Both reports gave us tons of information about what areas we needed to improve on the Website Design and Development side, and the our Search Engine Optimization strategy.Now we have a much better understanding of what we need to do moving forward, but we ended up having them take care of the Website updates, because it was a lot of work which we weren't equipped to do. The next project after that will be our SEO, and ranking on Google! More...

A great website is created with excellent planning in the beginning. Taking the time to really nail down the functionality, content, and different page requirements of your website will ensure a well executed website that is user friendly and a great conversion tool!

What questions might you ask a client when starting a new project?

One very important question that we ask clients is tell me what you do, as if I am a prospective client. This gives us an immense amount of information about you and your brand, and what level we need to start a new marketing project from.

The thing I love most about my job is two fold. 1) I get to solve problems for my clients, 2) what I do brings real world results to our clients, and knowing that we were able to contribute to their entire world, is just an amazing!

I was meant to be in business, and there was clearly a need in the Digital Marketing industry for value providers, not just salesmen.

I bring dedication, transparency / candor, and a willingness to treat every project as if I was helping out a family member, or doing something for myself. That level of commitment is rare to find nowadays, I know because I have been in your shoes before, and I also hire daily for internal business needs.

Should you chose me and razwerks? That is a determination you will want to make after reaching out to us, I wouldn't recommend hiring anyone without having at least a conversation.

We're experts at SEO for brands like yours. We have a good handle on everything from an initial analysis of your current website analytics, to on page optimization / technical analysis, page speed optimization, content marketing strategy, and off page optimization which includes link building.

Leave a review for razwerks