We have all inclusive packages for all events fit to YOUR budget! we are located in Edmond Oklahoma ! Please text me directly at (405) •••-•••• We offer planning , Day of coordination, decor , Floral , tables and chairs, cake , catering, ect. All can be done within the budget you set! weddings, Parties, showers, corporate parties, and many more! 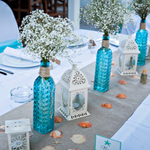 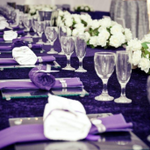 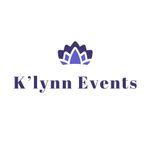 goes back and forth on what you recieve. Get everything in writing.

Catering and bar were late. “10 minutes away.” 5 minutes before the ceremony was scheduled to end. Mind you they received a full day of event schedule and confirmed receipt.

During cocktail hour only pinwheels and saltine crackers were set out. Apparently cheese and gray stuff was still in route. The cheese didn’t arrive until 40 minutes into cocktail hour and was in huge blocks so it needed to be cut and was not set out until right before grand introduction

The food was not fully prepared. The green beans were from a can and were heated on site and mashed potatoes were from a box and also prepared on site (they were told in advance to check with venue on kitchen that it may not be able to be used for food prep. Guess what? it's not, waiting to see if we'll be charged for them doing this)

Plating was slow and unorganized. They did not bring enough people to plate the food and did not have a proper assembly line to get the food out efficiently and hot. Resulting in plates being sent back because they were cold.

They did not warm up/prepare all the food. At one point the green beans and mashed potatoes had all been plated so another can was opened to be warmed and another batch of mashed potatoes was starting to be prepared. In an effort to get the food out warm, plates went out without all of the sides.

How do you run out of food for a plated meal for a wedding? Gave color coded seating chart with every guest and their meal choice.

Some of our guests were served food that wasn't cooked through.

Assorted cheese and Crackers for appetizers turned out to be stale saltine crackers and cheese cubes. Not enough appetizers for total number of confirmed guests and we had several guests not show up.

Custom appetizer was a tiny tray that was not enough for all guests.

Ran out of beer and were upcharging some guests from what was agreed upon.

Not sure how this happened as we gave the a list of how many people stated they would be drinking.

At one point went 5 days straight not answering til our wedding planner had to reach out to see if they were still catering. This is the moment they confirmed they were ready for our guest count and that they had all the charts.

Linens provided were wrinkled, many stained, and some had black hairs stuck to them (apparently from the cleaner). Linens should come pressed and ready to be used.

Our wedding was 3 days ago and not 1 person has reached out and apologized. I'm so happy I have everything documented.

DO NOT USE. At one point they may have been good, but not anymore. More...

Nice Ladies! Made our day awesome!

I love how simple and easy they made everything for me! I didn’t have to worry about anything! I’d recommend them and I will definitely be coming back to them!

the happy results and smiles on our customers faces!!!!!

loving to do for people and having a beautiful result of event!!!!!!

we want to help you within your cost range! tour budget will be our max!!

Leave a review for K’lynn Events