For the past few years, I have filed online to save time and energy; however, several family members were going to use Tax Pro of Provo, David (Dave) Starling, so I decided to utilize his services as well. To say he is simply unreliable, unprofessional, and underqualified would be an immeasurable understatement.
He first contacted me in November of 2018 to refile my 2017 taxes and begin work for 2018. We had regular communication between Nov 5, 2018 – Feb 1, 2019. Then, from Mar 2019 – Dec 2019, he repeatedly ignored my emails (6 emails over 10 months) without a single response. On Jan 15, 2020, he finally reached out to me, asking to begin work on 2019. Without any evidence that he had completed or even worked on 2018, I was skeptical of sending in my information.
I expressed my concern with his lack of response and seeming disregard for me at all. Upon expressing my concern, he told me he would no longer file my 2018 or 2019 taxes, after having agreed to do them and having me wait an ENTIRE YEAR, only to have him go back on our agreement.
I stated I still wanted him to complete the work, but I wanted my concerns to be understood. After explicitly stating, despite his abhorrent behavior, I wanted to provide him with the opportunity to rectify the situation and secure my business for future years. He told me he “can not afford these long emails” (a total of two that he sent).
If responding to a client within at least a week (even though his response took 10 months), if instilling any confidence in a client, and if adhering to past agreements is too much for Dave and Tax Pro of Provo, then there is absolutely every reason for me, and everybody else, to believe they are unreliable, unprofessional, and unqualified.
Abysmal experience, and I hope all those seeking services find somewhere with professionals instead of coming to this organization/individual. More...

By far one of the best experiences I've had with an accountant. Even noticed and aided to correct misfiled personal and business tax returns from previous years.

His expertise has easily saved me thousands of dollars in taxes. Would recommend to any for both personal and business tax. More...

We filed our 2016 taxes with Dave and are filing our 2017 taxes with him. He is very friendly and professional, his work is thorough, he uses a great user-friendly online application that makes uploading tax documents easy and quick, and his rates are very reasonable and affordable. We found him via Dave Ramsey's ELP program (Endorsed Local Provider), and are very happy with TaxPro's work. More...

David Starling has helped me with several tax related issues and each experience was outstanding. He helped me several years ago with my personal tax return. He took the time to explain everything to me in a friendly manner. I was confident enough in his advice that when my husband and I started a real estate LLC. we went back to Tax Pro of Provo and David helped us get set up properly. I would recommend this business to anyone needing tax or business assistance. More...

I teach next to Dave. I have a very complicated Tax Return with several businesses. He has been a tremendous help not just in Tax preparation but financial planning as well. 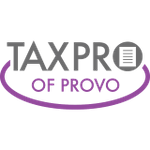 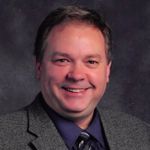 Leave a review for Tax Pro of Provo