COPY and PASTE THIS LINK FOR OUR FEE CALCULATOR- https://www.taxprosols.com/tax-preparation-fee-calculator.html

COPY AND PASTE THIS LINK TO SCHEDULE APPOINTMENT WITH US - https://calendly.com/taxesbytps

If you are ready to file, please upload your documents on "Guest Exchange" link below:

Our Services includes the following value to you, the primary reason most clients choose our services for:

1. We provide encrypted secured link to upload/receive documents with password protection. This keeps your personal data secured.
2. We are open all year around to answer any questions in regards to your current year tax filing or issues.
3. We are offering FREE Tax Planning for NEW CLIENTS (minimum of 2 years commitment required).

- 20 years of experience with Individual tax Preparation. Please read our clients reviews on Bark.com, Google, Thervo.com. You can also read our Q&A section on Bark.

- Our Business is located in Northern Virginia but we prepare Tax Return for all states remotely. We do not have any other physical location in other states.

- You may find lot of answers to your questions or about our company and other resources by visiting us at www.taxprosols.com

- Check our website www.taxprosols.com for general tax information, access to our client portal and guest exchange, and more.

- Offer Remote Tax Filing, you do not have to come and meet in person. If interested call us. 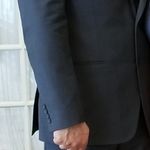 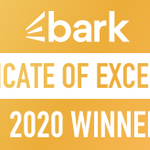 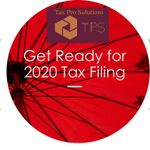 KJ was extremely easy to work with and very responsive. He filed my taxes very quickly which allowed me to get my return as fast as possible! Would highly recommend if you don’t want to deal with the stress of doing taxes. More...

I am very happy to recommend Tax Pro Solution. He has done very good and professional tax filing for at very reasonable price.

KJ was very good to work with. He helped me to complete & file my taxes with very short notice from me & with a very tight timeline to file. He also helped to answer several questions I had relating to my taxes, prior to submitting, that were very understandable to me. He had many tips & great advice on how I might be able to prepare for my taxes moving forward in a much better & more efficient way. More...

I really appreciate the level of work this company has invested in his business. My experience so far are 7 🌟 The company has a system that every one must follow new customers or not. The insane software put in place to keep our accounts safe are amazing and w that alone that shows that he cares about each client's most important information being stolen. Prices are reasonable for the work he will be doing for u. That is different for everyone. More...

Will use TPS again! Although I contacted TPS a month ahead of the deadline, due to unforeseen circumstances I could not get my stuff together/uploaded for him to start my project. Somehow he made it all work in just a couple short days prior to the filing deadline. And also noted an error on last year’s taxes to amend for a better refund. Amazing! More...

This is my second year using this firm and, specially, Kanwaljit. He is the best n so diligent. He is such a committed professional he is stuck with is for years to come. Highly recommend ☺️

Tax pro solution really does provide a tailored experience to your specific tax needs. Profesional service with an easy to use platform.

KJ made my filing a Seamless experience. He was thorough and responsive to every question and I look forward to referring him and working together in the future.

KJ knows his stuff! His customer service, accessibility and in-depth tax knowledge won me over. KJ is the ONLY guy I trust with my taxes.

Very easy to talk with, quick responses, and very professional. It was a great experience. I had to refile a 2018 tax for federal and state and I was totally lost. I would recommend them highly.

It was quick and easy. Everything was taken care of by preparer

At first I was skeptical because they were so far from me in California. But Mr Sujlana quickly relieved my doubts and handled my problem of filing for my stimulus check with the Fed. Govt. reassuring me of their reliability and security. I haven't received my check yet (it's only been a week) but I am trusting his promises and reassurance that it will be coming soon. Thank you Tax Pro Solutions. More...

Tax preparer respond to my message quickly and finish the job within hours. Price was reasonable. Over all I’m happy with the service. Thank you

Quick, very efficient and reassuring to know they would be protective of my personal information.

Highly recommend this business. I didn't need his service because he told me how to do things. He's very honest and trustworthy, was really helpful!

I needed help to notify IRS of my Tax information to receive a stimulus check. Mr. Sujlana spent a considerable amount of time with me on the phone and was sooo very patient with my inability to operate my computer he deserves a medal. But he solved my problem and made my day for sure. Thank you so very much More...

Excellent service! Mr. Sujlana was very professional, knowledgeable, and very helpful. I do appreciate his prompt assistance and wish this company all the best.

Great service and very professional, especially in times of social distancing. I was able to upload everything to his program very easily. We were able to do everything over the phone with zero physical contact, which is safe for all of us. He was very proactive and knowledgeable , especially because I was confused what to do because my wife's foreign situation. Thank You! More...

He was incredible, communicative, affordable, and punctual

If you are looking for a pro that you can trust...look no further. Kanwaljit, is the one who goes above and beyond. You will be in good hands.

KJ was nice and knowledgeable. I gave him a 3 because I was originally quoted one price and once I told him my business was a LLC it went up, because it wasn't a sole proprietorship even though the form is the same. I had already done my Federal taxes with another person in another state that did not know how to do VA state taxes. If I would have know that all I had to do was mail in my Federal Schedule C to the Dpt of Tax Administration in VA, I would have. The forms he provided me were identical to the Schedule C I provided him, that I turned in for my Federal taxes. He also included a 763-S form, which I told him that I already completed and mailed in. I kind of feel like I just paid for the address to mail in forms I already had completed. I should have looked harder when I attempted to do it myself.
It sounded like he did check the numbers because he asked for all of my information including W2s that were not associated with my business. So I guess I paid to make sure my Schedule C was correct and to get the address. Sorry KJ, you are kind and personable so I wish I could have given you a 5. More...

Thanks for your review.

Thank you for your review. See you next year! We are open year around. Do not hesitate to call for any questions or concerns.

CPA was professional, on time, informative, detailed and provided the customer service that is considered to be standard. I would use his service again!

Thank you for your review. See you next year! We are open year around. Do not hesitate to call for any questions or concerns.

What kind of accounting services do you provide?

Why is it so important for businesses to hire a great accountant?

My take - A credential of CPA or EA does not make you smart or logically capable. You can be smart and knowledgeable but can still screw up, right. Come on, you somewhat agree with me because we've all had our bad shares of lawyers, accountants, doctors, teachers. After all, we all are humans and prone to make mistakes. Tax Professional or Accountant or CPA or EA or even a Tax Preparer, whoever you choose, is someone who takes an approach of being effective communicator and builds a collaborative relationship with their clients.

Oh, this one is good. Did I mention I love my coffee??....besides from number crunching with my morning and evening coffee...I did mention coffee, didn't I. Jokes apart- I believe in giving my clients excellent service and advice so you can enjoy your evening with a glass of that finest wine!! We love helping people to get out of their tax problems so you can enjoy other things which are more important to you.

Well one day I got a great idea while sipping down my coffee and wondering "What is one thing I always wanted to do and will enjoy even after I retired?" And guess what? Well besides from sitting on the beach with some liquid courage, besides from sipping down my coffee in the morning...probably Accounting and little more of...Accounting..yeah...and..you know what I am talking about..bottom line - ofcourse not to forget building that client collaboration

Besides from handshakes, laughs, hugs and some coffee...our ultimate goal is to give you hassle and tension free best tax service...so come on in!

Yes, we provide our tax services remotely amidst COVID-19 and we are virtually open.