Southeast Elite Cleaners provides commercial cleaning and disinfecting services to deliver a safe environment during this critical time.
Cleaning and disinfection have never been more important than they are right now. At Southeast Elite Cleaners, we are attentive to the details - our office cleaning services are tailored to each individual work-space’s needs because we believe in cleaning corners, not cutting them. 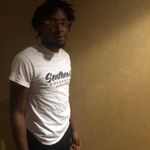 I hate moving, but I must say this time was way better than the last time. Nothing got broke , the price was great. I looked at this company reviews from some years ago and felt like they might be a little suspect. But I'm glad I pick them and I have no regrets, Other companies was trying to charge me double the price. They move my one of my cars , pool table and hot tub and they did all the packing for me I did not have to touch anything. Thanks so much Southeast Elite Movers I recommend you guys to all. More...

Service was great the movers did a better job than I expected after I read some of there reviews it was very questionable, when It came down to picking this company to do my move. But they did a great job the customer service was great also. The packers arrived about 2 hours before the movers and completely packed my whole house. I also used there storage service to store my pool table and the price was very reasonable. The moved me locally in Jacksonville and only charge 1/3 of what other moving companies was asking for I was very impressed with the service but the most important thing I loved about this move was the affordability. I would recommend Jacksonville Elite Movers to anyone moving locally in Jacksonville Florida. More...

Southeast Elite' sales rep was informative and responsive. The one who assisted me through the move walked me through pretty clearly how they would charge me and the differences of how they charge versus other movers. The rate they charged me was accurate. The guy was also easy to talk with. We had to go back and forth but he was responsive. Also, Southeast fit into my schedule. The time schedule got a little tight though. He had to get some information to me and he did. There was one slight delay but it all worked out fine. I wound up moving when I needed to move. Overall, he did a good job.

There were a couple of minor issues but nothing to the extent that I would not use Southeast again. With the hiccups we encountered, some were handled better than others. Aside from the sales rep, I also talked with two other people throughout the process. They were trying to get me into a time-slot that was kind of near date. Based on what I told them that we were moving and all the packages, we went through that several times. The guy was very patient with me in doing that.

They charged me a little bit extra - the minimum weight. I was just under that weight though. But they said they would charge me 4,000 pounds because to get onto the truck at this date, that was kinda what they needed to do. I said it was fine. It wasn't a big deal. But they couldn't make the date and they pushed it back two days. At the end of the day, it didn't make a difference. But I was looking for a little recovery on that cost. They doubled the price but they didn't come in on the date they said. I asked that they charge me for what I have but they didn't do that. The sales rep couldn't get that accomplished. I talked to somebody in customer service and that conversation started off a little cranky because they were confirming if the movers came and if I was talking about a different date. I was like, "What are you talking about? We had this date."

It was a little bit of a date issue. Everybody I dealt with was trying to be helpful. My big thing was they charged me for 4,000 pounds when I had 3,000 something pounds. They charged me for a very particular date range and it was two days past that when the movers came. But they explained to me that it was near a holiday and it was the same truck. It was just delayed. I went with it. The movers came within the ultimate window I needed them to come. They also did a really good job so it wasn't a bad experience.

The only person that didn't really do a great job was the woman who had the title of account manager. I was not quite sure when the movers were coming. The logistics person who I was talking to left off saying he would do his best and promised that they would be there by Sunday even though I requested Friday. That was when we last talked. I was supposed to get a call from the account manager 48 hours before the truck came. I never got that call. Process-wise, that's where the improvement should be.

This account manager was a little MIA at times. After the move, she called me about the move as if it didn't happen yet. She didn't have an update or she didn't have the right paperwork. Maybe she was new and she was just making mistakes. But she called me twice after my move to ask me about the prep for the anticipated move. I told her that it's been almost a week later. I had already moved. They came and I was done. That part was the weakest link.

Those two little hiccups aside, I would recommend Southeast Elite Movers. Overall, it was a positive experience. Moving is really difficult, emotional and physically draining. But everything came. Different moving teams came to my home because they do a little hand-off. It was a different team that delivered my stuff and when I arrived at my new location. But as a company Southeast Elite Movers gave me a great moving experience More...

Helping customers get the best cleaning services at the best prices available.

Well I do not own this company but its a great place to work.

Customers should choose us because we are the biggest and most affordable cleaning company in the Southeast Elite of the United States.

all of our staff wear masks during your cleaning services.

Every household is unique when it comes to choosing their home cleaning services. Some rooms are hardly used and require less attention than high touch areas such as bathrooms and kitchens. Save time by choosing only rooms you need cleaned. Southeast Elite Cleaners is not like other maid services, we clean only what you need. You can choose morning or afternoon cleanings on a weekly, bi-weekly, monthly, or one time only basis. We will be there when you need us. Our professional cleaning teams are well trained and thoroughly screened. You don’t have to worry about providing any cleaning supplies, tools or equipment. Our maids come to your home fully equipped and ready to deliver the best housekeeping and cleaning services available in Jacksonville FL and surrounding areas.

You can schedule Jacksonville office cleaning services from daily or weekly to once per month, depending on your business cleaning needs. We provide all necessary commercial cleaning service tools, equipment, and cleaning solutions. We have the resources and expertise to get the job done right every time.

Please use our form or call us at 904-999-0130 to schedule a free on site estimate of your facility or campus. We will provide you with a detailed proposal shortly after the tour of your business site.

Leave a review for Southeast Elite Cleaners - A Roovet Company