Ray-D clinic is an online health-improving online center. We treat incurable diseases by the method of psychocorrection by Dmtitry Raevsky.

Dmitry has been practicing psychocorrection more than 25 years and cured thousands of people. The best results are in treating cancer , autoimmune diseases, degenerative disorders and congenital diseases.
We are using psychocorrection method to treat the roots of diseases that are located in a patient's psyche.
Our team consists of experienced healers, qualified doctors and psychotherapists.
Besides, we heal with the help of the power of human heart.

After treatment we provide rehabilitation to make sure that disease won't come back. 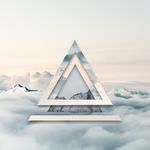 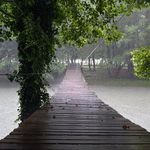 It’s not about love or hatred. It’s about the FACTS. And if a man is going to die due to his quack healing it’s more than enough to realize what kind of a “doctor” he is…
More than that, another feedback points to a suicidal incident that occurred as a result of Raevsky’s “benevolence” (Read here and translate: https://imho24.info/reviews/6221/#comment-2626)

The second issue, you named him as “Dr. Raevsky” whereas Raevsky is his fake name, he couldn’t graduate under unreal name (Any certificates, licenses etc under Raevsky credentials??) And according to the testimonials, Alexandrov (the original last name of this liar) didn’t graduate any medical institution... To your information it takes beyond 11 years at least to become a competent doctor in either way. You don’t have any moral, ethical or professional right to entitle him as a ”doctor” and to mislead the public! It’s a felony!
I've read attentively the materials and translated a bunch of it to English… Your reviews don’t worth a thing. Raevsky (and your team) is a compulsive liar.
And upon my previous review you have an insolent impudence to keep lying here.
Stop making harm to people! More...

This is just the expression of your personal hate. And your name is not Simon.

I was considering to contact Ray-D Clinic (as I have some medical issues). Upon having my google search done, I came across with this shocking and outrageous review of this clinic at one Russian feedback site (translated through automated services) https://vseotzyvy. ru/item/47547/review/288361/! What the hell is going on? This fellow claims to be a reputed Russian doctor, but as it's written here, he is a pretender and a charlatan. A father of this lady who posted her story is dying and is in agony. I made google on clinic's founder Dmitry Raevsky in English and then in Russian and was absolutely astonished with what I found out. OMG!!! Just unbelievable https://www.hashtap.com/@dmitry.raevsky/dmitry-raevsky-an-extremely-dangerous-false-guru-destructive-cult-Nvbwj_bYly1R
This guy is a disaster!
I turn to site administrators, how can you compromise your blog readers? Take him out of here!
I can't imagine what would gonna be If I'd entrusted my health and life into his hands! Thanks God I found these reviews and sites! More...

Dear Simon, This article is an absolute fake created by those who hate Dr. Raevsky. We advise you to check out also positive referrals of people, healed by him.

Leave a review for Ray-D Clinic