Cleaning Services Prices
After Builders Cleaning Service
After builders cleaning prices vary from job to job, depending on the size of the property, condition, and specific areas to be cleaned. We encourage you to email or call us for a free quotation. In some cases it may be necessary to carry out a site inspection in order to offer you a quote. Full public liability and employer liability contact us at s•••••@••••.info 073•• •••••• check us out ultracleaningserviceteam.co.uk

There is a minimum of 2 cleaners and 3 hours per cleaning visit (£105.00 + VAT) which includes cleaning materials and equipment.

If you require services in the evening or at weekends please contact us for a custom quotation.

We have a minimum booking of 3 hours per visit.

Customers to supply materials and equipment.

Need a service with cleaners that come fully equipped with materials and equipment? Contact us for a quotation.

End of Tenancy
End of tenancy cleaning prices vary depending on the size of your property, condition, and specific areas to be cleaned. We encourage you to contact us for a free quotation.

Minimum booking of 3 hours per visit.

Office Cleaning Services
Please contact us to discuss your particular requirements and get a free quotation. We can create an office cleaning schedule to suit your operational needs.

One Off Cleaning
Price: £17.50 per hour per cleaner

There is a minimum of 2 cleaners and 3 hours per one off cleaning visit (£105.00 + VAT) which includes cleaning materials and equipment. Evening and weekend rates vary.

Oven Cleaning
Item Prices From
Single oven (One door only) £53
Double oven (Top and bottom doors) £72
Range cooker (Side by side doors) £87
AGA oven £90
Single oven oven + hob cleaning £69
Double oven + hob cleaning £88
Range cooker and hob £112.50
Spring Cleaning
Spring cleaning prices vary depending on the size of your property, condition, and specific areas to be cleaned. We encourage you to contact us for a free estimate.

Example prices according to your property type:

Before you make a booking for any of our services you must read and accept our Terms and Conditions. CLEARANCE SERVICE AVAILABLE 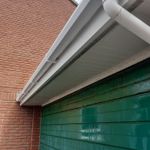 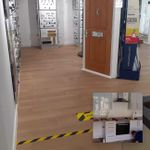 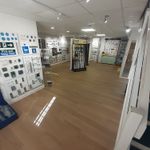 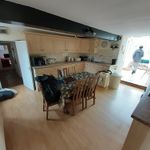 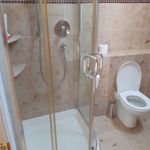 I wouldn't use this company ever ever again, just like on facebook he gets his friends to make false reviews.

And he will be abusive, threatening and doxx you as well, and also lies and as for the job he did let me say it was a huge waste of money.

Conman steer clear of this company.
I'm only rating 1 star because you're not allowed to leave it as 0.

I had to chase you for the invoice which you finally managed to send in the evening of the next day and that didn't have the correct bank details and quite clearly stated 7 days to pay!

At no point did you mention that you required payment for disposal separately as it was on the 7 days to pay invoice. You turned up at ten to 7 in the morning knowing I suffer from fibromyalgia and that had been flaring up due to my daughter nearly dying demanding payment then proceeded to dump all the waste at the entrance to the block of flats and also spoke to my neighbours slagging me off.

There was never anyway I was not going to pay and I can have doctors and all the people who looked after my daughter prove this as getting the room cleaned was going to help my daughter in her recovery.

You also slagged me off on Facebook making it a post doxxing me and you only removed it because numerous people reported you.

You also left 2 huge dirt marks that you have refused to come and finish off and this has led to my daughter's health to deteriorate.

And I paid as soon as I could well within the 7 days but due to you flytipping outside of the flats been charged £83 by my landlord and had a possession order due to you.
The only one who did the trolling was you and you even had one of your female friends to harass me constantly messaging me, which is despicable seeing as you knew what had happened with my daughter nearly dying.

So like I said anyone who needs a cleaning company AVOID THIS company. More...

I wouldn't use this company ever ever again, just like on facebook he gets his friends to make false reviews.

And he will be abusive, threatening and doxx you as well, and also lies and as for the job he did let me say it was a huge waste of money.

Conman steer clear of this company.
I'm only rating 1 star because you're not allowed to leave it as 0. More...

David pritchard you did not want to pay for disposal on the day ive not been abusive at all you have been trolling me for almost 3 months now clearance gets paid on the day you avoided it for 3 days so i disposed of your rubbish back you then decided to pay into my account that night sorry but to late im not abusive to any of my customers or intimidating i I have all emails from both of your email addresses we now dont do clearance due to people like you we cleaned and would of disposed also we were cheeper for disposal than the council you should of just paid it then you would of not had waste back you have abused me slated me and my business name for no reason at all thank you for the review. I have customers all round dorset i think they can make there mind up about me sorry you unhappy but we dont except late payment for clearnce we give 3 days for payment on cleaning services for customers satisfaction which was 7 days but due to negligence of certain customers we had to adjust to 3 days also stated on my website and facebook page dont pay exspect it back. Or surcharge of 150 per day your rubbish was sat on truck sorry you dont like how we operate.i also offered you free window clean to settle diffrences ive not been abusive or threatening in anyway i will log all emails ect for leagal reason of you like ro take it down that road.

No way would I recommend, they send an invoice which gives you 7 days to pay, then 3-4 hours later demand payment of invoice or they'll dump all rubbish taken during job. I had to treble check with them the bank details as my bank said they didn't match, and I said I would pay later. At 6-50 in the morning next day he turns up demanding payment there and then, I am disabled and also suffer from fibromyalgia so was in no position to make the payment. After waking up later I paid the invoice in full but then was told that he had dumped everything outside the flats which angered the other tenants and they complained to the landlord who had to come out and clear it. Then I find out that on his personal website Scott Kendall Chant he made a post to name and shame me. Some of the posts on there were rather non complimentary and this whole episode has caused me extreme embarrassment and also a possibility of losing my tenancy. More...

came to do our guttering and windows today.. did a superb job. Would recommend.

Scott you and your colleague were absolute stars today. From first contacting this service the job was done within 2 hours, and the job was completed so professionally too. I would definitely recommend Ultra Cleaning Service Team. More...

Asked to clean my oven at exceptionally short notice on New Years Eve....no problem, hard working lad turns up, gets stuck in, before you know it this guy has worked a miracle. ...one brilliant job done really well. Thank you for your efforts. Recommended to all. More...

We have used ultra cleaning services today to dispose of some household rubbish. We found them very professional, reliant and very reasonable prices . We also felt reassured they were able to show us their waste removal licence. Thank you would not hesitate to use them again in the near future. More...

Used Ultra Cleaning Services today. They collected a fridge/freezer and delivered it to my home. Very quick response to enquiry. Polite and efficient service provided at a very reasonable price. More...

Luke cleaned our oven this morning, really pleased. Tidy worker and pleasant. Would recommend to others. Thank you!

Very friendly and profession service, were able to help at very short notice. Will definitely recommend to friends in the future.

Fantastic service, friendly professional and reliable did a fantastic job of clearing rubbish from my garden can’t recommend highly enough

Since 2018 we have been running and serving dorset

Do you bring your own equipment and supplies?

Making a difference from before and after keeping customers happy with our spotless reputation seeing the customer happy knowing that people respect us for what we do.

Not being paid by a cleaning company also health and saftey and equipment was never there so we dicided to do our own work due to non compliance with company we worked for. Also knowing the people you work for are in safe hands as of employees.

We are dedicated to providing a spotless reputation maintaining high standards in every aspect of cleaning maintaining a great relationship i see myself a bit of perfectionist and my team we work hard dont stop any complaints we will try to rectify for customer satisfaction we work for you so what need must be done right.