We are a family run business speicialising in all aspects of roofing, guttering . Our highly skilled workers are trained in all areas involving roofing and landscapes.

As a team we are very reliable and are a very much trusted company. Our work is always done to perfection - we take excellent pride in out jobs and customer satisfaction is out priority. 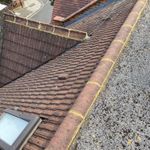 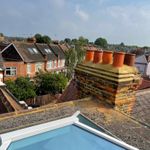 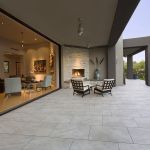 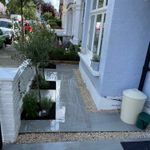 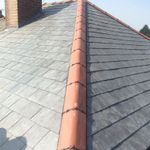 High rating as Ricky and his team worked fast and efficiently and were able to secure trades as needed and deal with any supply chain issues. The team were courteous and kind and great to have around! More...

We used RH Roofers to install our brand new tiled roof and they did a cracking job with it. I found their services brilliant. Not the cheapest of quotes but I am so glad we went with them, the quality of the work is outstanding - Ricky really knows what he’s doing. More...

Ricky and he’s team recently completed a new driveways for us. The outcome was amazing I couldn’t ask for better!

I needed some quick replacement of facia boards and gutters - and seem to look like a dunce. Ricky viewed the job and quoted £2700 'all considered, including a guarantee'. He immediately dropped his price to £1400 (without guarantee) when I told him I had an offer in that range. £1300 for a guarantee? I ended up having the job done, within days, by a another reputable roofing company for about half of even the lowered amount...go figure! More...

Look at every other review on my account please. 5 stars, all of them. You asked us to give you a quote, somebody else offered you cheaper, you went for them: we did not force you to go with us, you pay for the quality of work. We did not even do any work for you so how you can write a review i do not know?

I had a brand new roof installed by Ricky and it is fabulous. We are very happy with hes work. Such a great team.

We had our roof cleared if moss. We loved the outcome it looks like a new roof. It was also treated with moss repellant and it hasn’t come back we are very happy with the result

Ricky was very professional with hes work. We had lots of jobs done around the house and everything was done with great care. Good prices, great finishes. Highly recommended. More...

Five stars from me. We had a new flat roof grp system installed. The work was done quickly with no faults. Fabulous work.

I have had my front garden paved recently and it is very good. I am a pensioner and Ricky have me a great price and really looked after me. I will always use hes services in the future. Lovely man, great work. More...

Wow wow wow! I am in love with my new block paved driveway. It is out of the world. We are very great full to have had Ricky and he’s team do this for us!

We had our gutters cleaned recently, very good job by Ricky!

Ricky was a little more expensive than the other quotes we had but believe me it was so worth it. The quality of hes work is outstanding. I wouldn’t use another company again when it comes to our roof and garden. We have a new patio area installed and it is so well done. We love it. Highly recommended, you really do get what you pay for More...

Gobsmacked! We had the exterior of our house pained and it has really brought it back to life. Very professional work done by Ricky. Great finish.

New driveway competed by Ricky. It is unbelievable. The quality of the work is amazing. You really do get what you pay for

We had a new patio area installed by Ricky and we love it. The quote was a little more than other quotes we have but I’m so glad we went for him. You really do get what you pay for. We was happy to go ahead with the work, happy with the deposit system and very happy with the results. We have our dream garden now! I would recommend them highly. More...

We just had a large new roof installed by Ricky and he team. The work was done in time, they worked very well under pressure due to lack of materials from the builders yards, he controlled the whole job very well and the outcome was marvellous. Great work!

Excellent work, great time keeping, some exactly what they said they would. We had a new brick wall built and a gravel driveway, lovely finish we are very pleased

Wow! Ricky has given us our dream garden. We had a full garden re vamp and I couldn’t ask for any better. It is unbelievable. We also had a new roof installed by Ricky and that was also amazing. He really is a pro at all trades. Very well done. More...

Ricky and he’s team we’re great. We had a new flat roof as our previous one was leaking, he’s price was great and the work was done to a very professional standard. We will be using them again in the future! More...

We used rh roofers and landscapes recently to install a new block paved driveway and I cannot fault them at all. The outcome was amazing and they worked very well. We had no problems with them. Highly recommended. More...

I should have suspected that his lack of review means lack of experience. Rick is not a landscaper, at best he is a salesman and a project manager. I was impressed by his pitch and passion so I commissioned him to do my 210 sqm garden. Rick ended up subcontracting most of the work to others. The patio was laid by someone else and the concrete slab was done by another, Rick only laid the turf. He gets a 2 star for his passion, for doing the work and having the determination to complete, but quality and professionalism were really lacking.
Rick promised a completion timeline of 6 days but ended up taking over 14 days. He escalated issues with the neighbours and damaged several infrastructure/equipment in the property. The final job was ok and he replaced the damaged items but my expectations were far greater than what was delivered due to his promises.
Rick said he would use medallion turf which he didn't, and in less than 1 week 25% of the grass died because he laid the turf on concrete which spilled over from the patio installation. I will now have to change the turf In a later date and this will cost more money. I paid a huge sum to get the garden done but I feel like I wasted 50% of it by giving the project to the wrong person.
Rick is a young passionate man but I think he needs more experience, training and improvememt on his interpersonal skills. More...

The reason the grass died is because it was being walked on and used instantly after it was laid. I stated that it has to be goven three weeks to set into the ground and two days later there was a party on it with a large bouncy castle. This is why it would have been damaged unfortunatley. Also i didnt subcontract my work, what i did was get a very experienced professional who works along side me to lay the slabs to perfection, this is so we get the absolute best finish on the job and i can focus working with another area if the garden whilst the slabs are being laid. Finally we had troubles with the neighbours all weekd who assulted me, blocked the entrance so we couldnt get our machinery through and materials, was very verbally abusive towards us all and held us back massively on the job as they didnt want the work to be done. This was very unfortunate and we had to deal with this distraction. I took alot of great care in your garden and i hope you enjoy it.

We had a new tiled roof installed by R H roofers Ltd which we found to be very economic & the team have done a superb job.

Ricky and he’s team we’re amazing workers, great prices and a great finish. I have not had any leaks since would highly recommend

Leave a review for London driveways