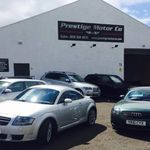 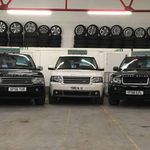 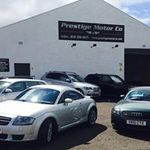 Outstanding service. Was great dealing with the company and was very easy to get the car I needed. I was able to get finance and trade in my old car without any hassle. Will definitely recommend! Can't thank the team enough. More...

got best car ever

Picked the car on the Saturday got it on the Sunday. ..fantastic customer service.

The very best service, and a great collection of cars. Would highly recommend and will certainly return!

Bought a cracking Audi A4 Quattro, service was second to none, got the train up from Teesside and Angela from prestige picked me up from the station, an hour later I was on my way back home. Fantastic service from Scott and the team. More...

From the minute I walked into prestige motors the guys could not be any more helpful from start to finish the guy o was dealing with his name was Scott very chatty and not like your normal car sales man was made to feel welcome and not pushed like most places I would highly recommend prestige motors to anyone looking to purchase a high quality used car. cheers guys was a pleasure dealing with your company .james More...

Bought an Audi from this dealer, was quick and easy with no problems at all. Definitely a recommended dealer from me.

I bought a car there so far, ok

See the car advert online and sent an email and it wasn't long till the salesman phoned forgotten his name,asking if I had any questions or anything he could help with I explained the problem I had got into with my current car on finance (was a bit to much a month) and they sed that we can sort that px ed in and a new car sorted lot less a month,was traveling up from stoke so was all sorted over the phone when I arrived the car as promised was at the front washed an polished ready to go had a good look around it there wasn't any petrol in but was taken to a petrol station an he put some in,went on a test drive as well got to say I was pretty happy only down side no cuppa tea offered but it was the guys day off,was a little worried about a couple of reviews I had seen on here seemed all good to me will be back there again I'm sure,,Can't do an new review so will ad on to this,,so I spoke to prestige cars on Friday as as I had a look on line and they still had my car that I part exchanged the mk2 focus rs at the time I thought I was doing the right thing buying a newer cheaper car but unfortunately I missed the rs to much so I phoned them and he managed to sort it it all out was arranged to pick up the next day @7am as it's a long journey I could have gone else where but wanted this,,on arrival I was offered a cuppa and asked for a look around the car I really wanted to see it and make sure it was how I left it,so we moved a couple of cars around and got the rs out I wanted to go for a quick spin around the block make sure it was performeing as it should and that's when it went pear shaped,,engine management light was on and abs light,was affecting the car massively so went back and was saying what have you done ect ect lol,,he sed bare with I will take it down the road and get it plugged in he came back 20 minutes later it's only a speed sensor/abs sensor so he had already orderd the part the next bit was finding somewhere to fit after a good 45mintuites he found somewhere,,I didn't want to drive it back being a 250 mile journey and being the car it is,,so he came to the garage with me where we could get it fixed and I could see that it wasn't going to be a bodge job, it took 4 hours in the end to just swap cars over and sign a bit of paperwork but he stuck with me and made sure it was all good

Very reasonable and friendly! Helpful and fair too!

Bought Audi A3 off bobby over 2 years ago . His son had been using it and car been ⭐️⭐️⭐️⭐️⭐️Had issue with one of the back lights needing replaced and he was 100% to his word let me get it fixed they we sorted out cost of repair ⭐️⭐️⭐️⭐️⭐️

Amazing service. Very helpful staff. Helped us to buy our daughters first car and she ended up with an amazing car. Highly recommended so much so we are coming here for our next car.

Got our new car through these guys, can not fault a single thing! Staff very friendly and helpful, Very quick to find us our finance we drove away 48 hours later. . Scott kept us in the loop with everything, was an absolute pleasure doing business ! Will defiantly be back, massive thank you to you all at prestige motors !!! More...

Bought a BMW from prestige motor, the car in great shape but the AFTER customer service and support from Bobby was exceptionally satisfactory. Definitely would recommend and use these guys again in the future!!! More...

By far one of my best car buying experiences, bobby did exactly as he promised. And thanks to Scott for turning up early on Sunday to accommodate. Highly Reccomend***

Just wanted to say a lovely thankyou to the owner Bobby singh! Such a lovely person who helped me out so much with my car! I shall be back for my next car!Jen! More...

I recently purchased a car from prestige motor company and the service was very professional and any issues were dealt with instantly, the car itself (Ford Fiesta 1. 4) was at a very cheap price and I felt looked after by the service, they were able to pick me up from ebbsfleet station so I could look at the car and drop me back off once the deal was done, overall very professional and I felt properly looked after, would highly recommend their services to others More...