At Enhanced Driveways and Patios, we are experienced designers and fitters. All our driveways, patios and paths are custom made to your specification in resin, tarmac, slabs and block paviours.

We specialise in both residential and commercial properties and have several years of experience under our belt. 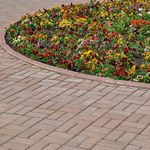 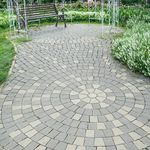 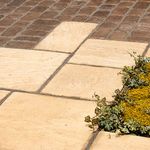 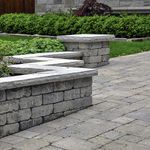 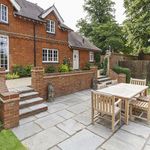 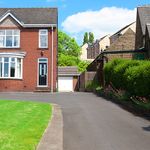 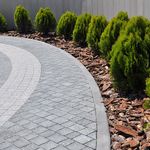 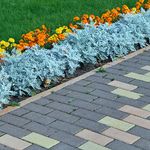 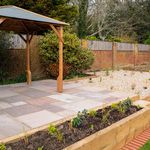 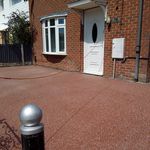 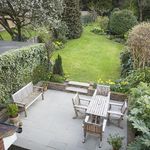 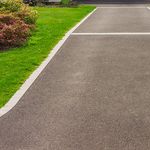 Enhanced Driveways and Patios very quickly responded to my request for a quotation. Jay arrived at the arranged time and left me feeling confident in the company's skills and work ethic. Surveyor booked in and looking forward to the work starting. More...

Job Won't be done until May, but he delivered a very good pitch. Seems professional, conscientious and very knowledgeable.

Extremely satisfied with the finished result. The two chaps who carried out the work were very efficient, hard working, polite and a pleasure to have around.
We would highly recommend this very professional company. More...

I am yet to have the work completed (I will leave a review on their Facebook page once this has been done, with photos).

However, I can confirm that this is the most professional contractor I have encountered over a two month window of trying to engage with a contractor to get quotes for some hard landscaping garden works.

From the moment contact was made, Jay was courteous on every interaction. He arrived when he said he would, and gave me an immediate quote, which was followed up in writing on the day.

The whole process from start to signing the contract has been straightforward and completely transparent.

A model contractor, I would recommend with praise. More...

So far very professional but as job not yet started no further comment.

A very professional approach and care about supplying exactly what your requirements are and more.
Found Jay and Bob his surveyor to be very helpful and have no hesitation in hiring them to install my patio which I look forward to having installed in the near future.

Now take the time to read this as most block paving companies will cut corners. here is my totally honest review having previously been totally messed around but two other companies ( one was a con man, rouge trader).

Enhanced drive ways and paving, (Jason Sale's) and (Bob surveyor).
Jason called round accompanied buy Bob within 24 hours after Id sent the previous clowns packing, they specified exactly what I had previously researched 250mm - 300mm dig out, MOT A1 road stone 50mm wash sand 60mm blocks, I needed due to the rake on the driveway 4" drainage system and a soak away.
within hours I had a job spec stating what was agreed, an invoice with 3 staged payments ( I don't normally like to pay for things up front but the first payment was very reasonable, so I went ahead, Jason was local to me also).
the job started ahead of time 3 days after the quote as I needed this doing quickly due to the previous companies messing around.
1) day one 250-300mm dig out, Crain lorry turned up took away 6 tone of earth and dug out 3 feet hole for the soak away, they guys didn't stop.
2) day 2 lorry delivered 5 ton of MOT A1 road stone 2 tone washed sand 10 lengths of Alco drainage channel blocks (which the previous company said they couldn't get due to Covid 19)? 100mm drainage system manhole , pipe connections, etc....
every day Bob the surveyor called at my house and explained what was going to happen and when ( I worked with them with the drainage system and soak away).
Drainage in soak away filled drainage channels fitted with string lines perfect, road stone in and impacted it down.
Day 3) 3 workers filled in sand levelled off and impacted then fitted the blocks, being totally honest they did above and beyond what I asked as I had and existing drive which tied in, the drain cover / manhole for the drainage flush with the blocks cuts around the lid near perfect.
The drainage works brilliant ( I have forwarded J a video of this with a hose pipe pumping water into it)
so here are the benefits of using this company
1) customer care they both J and Bob say, are you happy each day, any issues?
2) structured payment so If something went wrong you just don't pay, I paid as agreed No issues.
3) attention to detail really good
they worked to the specification ( which I researched the dig out to be honest was in access off 300mm in areas)
4) drainage system a real one
5) Drain channels loads of them there was one left over which after being asked for my opinion was added, the drives on a hill so attention was paid to the rainwater run away.
6) Blocks and materials were from Stevenson's so perfect
7) they state what they are going to do verbally and on paper and do it
8) Jason and Bob real gentlemen very helpful every day I was asked are you ok with everything?
9) each day the fitters take images of the work ( so must send it to Jason and Bob so they know what's happening.
10) each day bob turned up to orchestrate the work Jason turned up every day mid afternoon asking is everything ok
11) the fitters ere bang on very polite made time to chat but not for long as they just want to work.
12) Each stage of the work was done correctly
Attention to detail (ask Jason to look at the images and video I did of the drainage) work completed 09/12/2020 will do this 12/12/2020).
13) I'd fitted a gate post to the old drive they tied this in no additional cost so saved me a job ( I even said don't worry I'll do it).
14) tied in the existing driveway drainage with the new.
15) the site was cleaned everything removed and washed down (they even took the drain channel lids off and washed each before replacing them.
16) Both Jason and bob called me to ask if everything was ok, and stated if anything needs reworking they would do it, and if your not happy don't pay, with a smile.
I've taken the time to write this as a happy customer and for respect of two real gentlemen (and I'm not easily pleased, quite picky to be honest).
To summarise the experience in the age of con men and so called skilled trades people who just want to make as much money and cut corners, these guys were a total breath of fresh air their business model is perfect, I would highly recommend them to anyone.
They do the job properly and here is the icing on the cake they were 400£ cheaper then the first guy who moved the date out twice, so I sent packing and 300£ cheaper than the guy who filled in the soak away and tried to make out he'd put hard core down then asked me to pay £400 more than we agreed to cover the cost of a digger and grabber? which we said would turn up on day 1 (again sent these packing)?
And just to ensure and clarify this review is real, if your unsure get Jason to give you my number.

This is a review of the process up to contract. The work has yet to be done. So far very satisfied Jay has been professional throughout clear, informative and prompt. I have confidence in this company.

The work they have done is great we love it. The team was very polite neighbours also loved them.

Jay answered all questions to our satisfaction. Will see how the practical side of the job goes.

Good quote for driveway to be done in a few weeks following building works. Spoke with a reference who gave excellent reviews. So agreed on the contract. Have full confidence they will do a great job. More...

We love adding a 'wow' factor to your gardens and houses. We believe gardens and patios should be an area you look out to and love.

Our experienced design and installation teams will help advise you on the best finishes to ensure that you get a finish which perfectly matches your requirements. All our fitters are CSCS registered.

Resin Driveways, Paths & Patios We offer a wide range of different, styles, finishes and colours in resin driveways, paths and patios. From amber to black we have something to suits all tastes and styles. All our resin bound surfaces are made of natural stone and resin and offer a strong, durable surface. In addition to your resin driveway, path or patio we can also provide edging and kerbs if required. Resin is the ideal choice of surfacing where ease of maintenance and a decorative or visually impacting style of finish is required. All our work is carried out to the highest standards by our skilled professional team.

Tarmac provides a traditional way to provide a hard, durable surface for all requirements. We offer a professional Tarmac laying and surfacing service. Our Tarmac service is available in both hand lay for small intricate areas and machine lay options for larger areas. No job is too small or too big for us. We also provide a variety of colours including black, red and grey. All our work is carried out to the highest standards by our skilled professional team.

Block paving is a popular choice because it’s not only hardwearing, but also maintenance is easy due to individual blocks being easily replaced if necessary. With the use of different coloured blocks, we can create attractive, original designs to enhance the look of your driveway, patio or path. When you consider the amount of traffic that will pass over your driveway, patio or path and the weight of vehicles etc it’s very important to ensure the construction of your area is well done in order to withstand the amount of traffic that will pass over it. You can rely on us to deliver high quality every time!

Leave a review for Enhanced Driveways and Patios