Hello and welcome to CROWN HOME IMPROVEMENTS we are a family run business which was established in 2008.
We cover all of Kent, South East London and sussex. Here at CROWN HOME IMPROVEMENTS. We pride ourselves in Providing quality workmanship at competitive prices. We cover all aspects of roofing weather it be new or old or repair. We cover all aspects of home improvements from fencing to repointing! We also work with upvc facias soffits and guttering. We also cover general building&gardening.. THANKYOU FOR LOOKING AT OUR PROFILE. 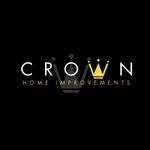 Matt and his team were prompt ,friendly ,reasonably priced, efficient, ensured we received just what we needed and cleaned up spotlessly, would recommend them to anyone.

Thank you very much terry was a pleasure working for you ! :)

Thank you very much :) pleasure working for you !

Thank yohr very much james was a pleasure working for you! :)

Regular updates and discussions about job outlining all the options as and when they presented. On time, tidy, done what was agreed and at the set price. Attention to detail was good. Honest and open managing expectations reassuring where needed following up his word. Changed position of gate, put in 35 ft of close edge feathered panels on steep garden with concrete boundary to navigate around. Will have them back to do more given positive experience. Big thanks to Matthew. More...

Thanks very much patrick:) pleasure working for you!

Mathew from Crown Home Improvements did an excellent job of installing our new fence. His team were polite, professional and the quality of the work done is to a very high standard. I will be using their services again and would highly recommend them for any home improvements. More...

Thank you ver much joseph was pleasure working for you !

Prompt response and service.
Reasonable quote and work was completed to a good standard.
Will be using again.

Thank you very much steven! Very glad you was happy with work the completed ! Mathew

I would have given no stars, but unfortunately that that wasn’t an option! Someone called Mathew, made arrangements to come out and give me a quote, but never turned up! I explained what I wanted done on the phone, so he had a choice to decline the work, if it wasn’t what he wanted to do, but no there wasn’t a problem with that! He gave me a time he would be arriving, no sign of him, so phoned him to ask if he was still coming, only to be told he was on another job, so it would have to be a lot later than my time slot! I told him I was due to go out, so couldn’t wait any longer! With that, he said find someone else then, and put the phone down on me, how rude was that! All he had to do was give me a phone call, that’s not to much to ask! So for me I wouldn’t use this company! More...

Hi Gloria Sorry you feel that way ! As i explained to you on the phone that day i had completely lost track of time, and was apologetic! I also explained to you i do emergency call outs and had been called out to one, so was very busy and asked you if i could re shedule to come out and give you a quote, with that you was rude. So as nicely as i could i said for you to find someone else as you said you wasnt happy! Very sorry again but there wasnt much i could have done. Mathew

Really happy with Crown Improvements. The time between the estimate and start of work was excellent and I am very happy with the standard of work on my fencing and patio. I would definitely recommend using this local firm as I will be in the future. More...

Mathew came out and gave me a quote for a fence which i went ahead with and am very pleased with! while he was here he also fixed my brick wall dividing my grass from my patio, which now looks 10 times better and stable. So very pleased! very well mannered young lad aswell, would definitely recommend and use again. More...

Thank you was lovely working for you !

Wow. What i love most about my job is everything as a child i loved building watching my dad work. It inspired me to want to work in the building industry and home improvements! I just love working in the outdoors and the joy i bring my customers in my work!

My dad. He also does all aspects of roofing and home improvements. I worked for him at first. But i new i wanted to start my own buisness and provide for myself !

Clients should choose me because ill try to high standard to keep them happy at all times. I dont get frustrated or aggitated with customers that need that extra care and extra re assurance work is being done properly, as im totally understanding to if it was my home and would want to make sure everything is being done properly. I do try my best and would love to show that to my clients !

During covid-19 i will wear a face mask at all times. Will also keep my 2 metres distance!