The Carter-Harris team has decades of experience in working with companies and individuals to provide a range of quality bespoke investigation and intelligence services including surveillance, asset tracing, assistance in matrimonial, partner cheating and child custody matters.

Our team has a diverse range of skills which enables us to hand pick the right skill set combination of experts to competently conduct your investigation.

Carter-Harris Group complies with all standards and subsequent laws regarding private investigator companies and in respect of human rights as established by both The Regulation of Investigatory Powers Act and The Human Rights Act. We are authorised and regulated by the Information Commissioner’s Office.

If we can help you, get in touch for a free no obligation chat. 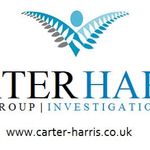 It so painful and Heart breaking when you get to find out that your partner has been so unfaithful towards you. With the help of cybercloudexpert@yahoocom. I was Able to secretly gain access to my cheating partner devices and locations. I used the evidence I go to file a divorce and I’m so much happier They brought an end to my impartial relationship. More...

Carter Harris scammed me out of £700. Having invested in another PI the following has been revealed. Carter Harris are not a 'leading' agency within the UK detective industry. Carter Harris have paid a marketing agency to make the company appear big and that they operate nationwide, producing search engine results which pinpoint offices in various cities on google maps. Possibly also to write fake 5-star reviews. There is one business number beginning with '02', which does not connect to these false offices.

The Senior Detective I spoke to 'David' - which is not his real name - is based in Manchester. Whilst dealing with my case 'David' referred to 'various teams' who apparently assess cases and carry out work, in fact 'David' is a one-man band. The revenue of the company does not reflect the companies advertised size, but rather that 'David' is desperate for business. Having realised I found this information out, 'David' turned off his phone and is ignoring my contact to save face. Carter Harris did not have the capacity to take on this huge operation as implied - with regards to budget and personnel. As it turns out the task I invested in is illegal due to data protection.

'David' took on my case - a sensitive and complex issue regarding sexual assault, bullying and mental health- acknowledging trauma. I invested in Carter Harris for an in depth full forensic profile of a subject and a follow up investigation. I waited a month to receive nothing but a sparse 3/4-page standard background check. The picture provided was not of the subject, and the social media pages were not only irrelevant but wrong. As this was outstanding, I was shocked no care had been taken to provide the right imagery. Which according to Carter Harris was organised by 'the team' who had not conducted a manual image search. Additional information found on the subject, significantly relevant to my case, was withheld from me despite being previously informed of this positive news. It took two months to begin work on working towards starting the further investigation.

Customer service: At first 'David' seemed helpful and professional. Though correspondence soon became vague, unreliable, misleading and insincere. I was lucky to schedule an update once a week, EVERY update postponed or forgotten about, without no real reason. The detective was often out of office and never answers his phone to clients.

I took the time to provided 'David' with detailed strategic, instructions and documentation, even disclosing very personal information. I decided the investigation had to be readjusted and 'David' agreed. Adding that this was due to how the investigation had 'progressed'. As no work had been done, I asked how it had 'progressed' and he said he would make a note to 'ask the team'.

Throughout I have thought he was sketchy, but desperate for answers and holding onto hope, I longed for them to complete the investigation. I thought it was taking so long because they're a huge organisation with lots of cases. It was the sophisticated marketing that 'David' had invested in which made me hang in there.

Do not be fooled by some one answering the phone with a different name, if 'David' has seen this review - he will likely change his name again.

Though making no guarantee's about being able to obtain the information I hoped for, and at one point reassured me this was not a scam, ‘David’ has exploited me with regards to the investigatory expectations I invested in. I have asked for a refund but doubt I will receive one and word is being spread More...

Quick and effective. Thanks

very good service; thanks you for the help

Awesome communication with customers. Fast, efficient, and friendly. Would recommend to anyone

Assisted in a personal matter quickly and efficiently and very competitive pricing. Will use again

Quick and effective service; would recommend with five stars