Billabong Comedy Club can supply MC/Compere, comedians, magicians and bands in a number of styles - Pop - own material plus cover versions, swing, barn dance. In addition, we can provide event organisation, fundraising advice. 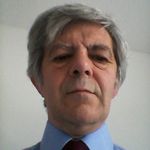 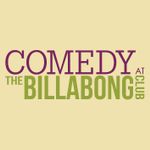 the venue is quirky and the acts are fab

Hilarious first time tonight ... thank you so much x

Great night out , loved the venue xx will defo be going back next month xx

Two acts last night. Danny was original, unique, engaging, intelligent and hilarious. Worth every penny of the very reasonable entrance price. We always enjoy Bilabong however...

The other guy Archie had some good moments but relied on smut and to a greater extent a most peculiar blend of racism & paranoia. Let’s just call it ‘raceanoia’. White privilege was his main theme.

His bum-wipe joke was funny but the smut continued for too long with less humour. Archie mainly made vaguely amusing prejudicial jokes at the expense of White people, Arabs, Jews and Catholics.

Apparently you should avoid Hackney “incase you get shot” (Hackney is a predominantly black area), oh and Arabic people in Dubai ‘keep slaves’ he says but it’s ok’. His continuous thread of putting down white people became a fixation which was most revealing and made audience members of various colours look very uncomfortable, with just an ripple of polite laughter from some.

One man got up to take a pee and Archie exclaims “Another white privilege man walking out because he can’t take it”. The man exclaimed “I’m just going for piss” and showed Archie his finger. My part Sri Lankan mate, a very successful man and patriotic to the UK, said it was Archie’s racist un British attitude that held him back in life rather than his skin tone.

Archie then treats us to an anti Israel ‘gag’ followed by some less amusing smut about his own naked chubby body resembling a giant foreskin. ‘Oh’ I thought, an end to the prejudice, paranoia and arrogance and finally some self-depreciating smut at last. Hooray... But no! It was simply a lead into a punchline ridiculing the tradition of circumcision! But not just circumcision of men generally, oh no. JUST jews again were singled out. No mention, of course, of circumcised muslims!

I should point out that Archie has throughout been encouraging audience dialogue and participation and as much of it as was funny, it was also awkward. Various audience members have had exchanges. To set the scene, a man in our row in a green John Lennon pseudo ‘military’ style jacket with a David Bowie badge on the lapel and wearing converse all stars, has been asked a couple of questions during the evening... Now it would be unfair to say Archie was just an anti semite because he now starts to attack Christianity by labelling all their religious leaders as peadophiles. In a pause, the Lennon jacket man chips back, pointing out that the joke could equally well apply to the muslim faith. Which is clearly just a fact.

Archie lays into Lennon jacket man in the most unfunny way I’ve seen a comedian behave, calling the man “A racist... white privilege...” and even “a nazi”. The Lennon jacket man responds by asking why Christians and not Muslims.

Most of the audience are quiet and now wondering why Archie thinks a religious leader of ONE faith being a peado is funny but of another faith it is racist!? Especially as the elephant in the room is that neither Christianity nor Islam are races at all. They are religions. This is now the second time remember. Foreskins now child grooming but just jews and Christians are ridiculed. Archie has a phobia about muslim comedy references.

Lennon jacket man is of course spoken over and goes quiet. For the remainder of the set, Archie occasionally inserts a reference to the Lennon jacket man by referring to him each time as the “NAZI at the back”. Nobody finds it funny. By now several people have actually moved to the bar and can be heard chatting while Archie finishes his set. The last 3 or 4 minutes were of a reasonable standard but by this time he has alienated most of the crowd due to his prejudice, arrogance and obvious racist white paranoia. Lennon jacket man appears to be being consoled by his asian wife.

The compare was a lovely chap and most of the comedy that night was hilarious. Even Archie was entertaining albeit for all the wrong reasons. Will we go again? Yes most definitely. We love Billabong comedy nights and the broad variety of male, female, disabled and various local and ethnic comedians. We shan’t let one bad apple spoil the great diverse friendly club that we usually enjoy so much. Danny was utterly hilarious and we look forward to the Japanese comedienne on 21st of June. We have never left Billabong without at least a little pain in our sides from laughing so hard. Keep up the great work. More...

I have been interested in magic since I was a child, over 40 years ago. I am not personally a magician but I have friends who are members of the Magic Circle.

Take us through your show – what can we expect?

Comedy shows can include a compere and any number of comedians that your budget will stand - normally up to 3 with intervals between acts. I can also supply comedian(s) without a compere

Providing people with a good service and an enjoyable evening out

I did a compilation show at the Edinburgh Fringe in 2010. There was no comedy club in Rochester