We provide services from Flatpack Furniture, Handyman Electrical and Cctv to Garage Conversions and Extensions. No job too big or small. Customer Service is Key. 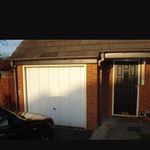 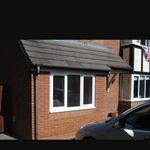 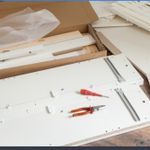 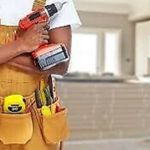 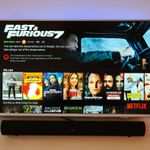 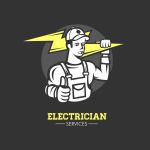 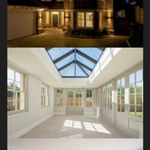 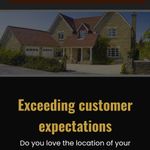 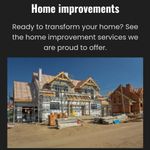 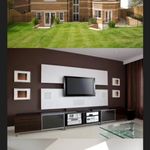 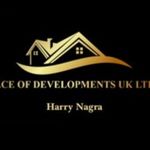 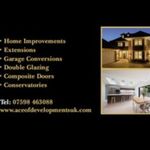 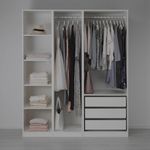 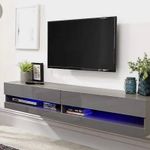 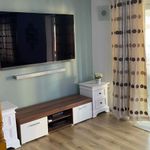 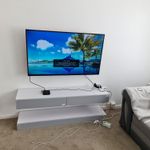 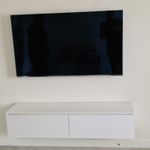 They were fantastic, did everything required and more. Will definitely use them again, great attention to detail and very professional.

We Used Harry at Ace to do our Garage Conversion, Harry and his team were very friendly, informative and punctual. they completed the job in the stated time frame at a reasonable price. We are very happy with the customer service and workmanship. Will be using again when ready for extension. More...

A year ago I posted a job on Bark for an electrician to come and change some light switches. I received a quote from Ace of Developments UK and the works were carried out within a few days.

1 year later I have contacted Ace of developments on several occasions for various jobs and I’m pleased to say you receive a 5 star service every time.

If you want quality work done at quality prices this is the company for you! I have attached photos of some of the works so you can see how good they really are. More...

I used Ace of Developments via Bark in August 2021 as I wanted to mount an OLED TV and Sonos surround sound setup and Harry (owner of Ace of Developments) reached out to me following my advert and advised this was his bread and butter. The initial communication was good, and he walked me through everything he would do on the day and I booked him in the following week in August.

Harry was there along with a worker of his for the best part of a day (whilst I was working from home as well) and I was under the impression that the work was finished completely on the day however I later noticed that Harry had not correctly aligned the TV with the soundbar (i.e. the TV had been fitted incorrectly and appeared wonky when looking straight on). This is made even worse when you take into the account the TV/Soundbar is black and fitted onto a bright white wall! I did not notice this on the day as I had been working my day job and also running errands throughout and did not have time to completely examine as my room was still being refurbished.

Now, I wouldn't leave a 1 star review just for this, however I reached out to Harry over 3 months ago from the date of writing this review to rectify the issue which would take him less than 15 minutes. Harry initially informed me that he would come in 'a few weeks' which would be end of August/start of September however I didn't receive anything further from him. I reached out to him again in September and October and he has just ignored me. The hardware in my home cinema setup is very valuable and it's really unfortunate that Harry could not spare 30 minutes of his time to rectify his mistakes as he took over £300 from me.

I just hope that he sees this review and learns that a respectable business provides an aftersales service as well. The job is not done if the client complains about an issue of your service, you should rectify this and not ignore your customer for months on end.

I have now raised a new request on Bark and will have to pay more money to resolve this unfortunately. More...

Harry did a great job on putting 2 tv's on wall on brand new brackets he also fitted. Also gave a fair goof price for what he had to do. Even filled in holes where the previous brackets were. 100% recommend. Will be using again in future More...

Was super friendly and provided a quick efficient service in under an hour. Harry took the time to explain what he was going to do and also anything I would need to do, as well as reassuring me I could contact him with any issues. Very friendly I recommend using their service More...

A excellent Job done. Would recommend to family and friends.

Harry was very polite and easy to have in the house. He made me feel comfortable and did a great job.
I would recomend

Great work by Ace, work was properly done and he was very detailed. TV mounted to the wall with a trunking.

I highly recommend him.

Extremely happy with the service, did everything I asked for and gave me good advice regarding future projects. Did not take advantage of my poor DIY knowledge and explained everything I asked about. Timely, tidy, good communication and reasonably priced. Will definitely be re-hiring for future work. Thanks! More...

Well they were very efficient and kept in touch regarding arrival time. They mounted my TV on the wall and connected it all up. I was pleased with the price and they are going to come back and tidy my wires up. Would definitely use them again More...

Thanks very much Barbara, i think you meant to give me 5 stars.Judjing by the review you left.

Punctual, polite, professional and an excellent job. Will 100% use again

Harry and jaz. Two of the most professional tradesmen that we have ever met. All electrical work completed to a very high standard really pleased. If your looking for electricians then look no further highly recommended. Many thanks Harry, Jaz. Bernie and Kev. More...

Harry was professional in his work and after doing a good job, cleaned up after himself. Made sure everything was completed just as I wanted it. Will definitely use again

Very professional and had good communication as well. Mounted the tv very well to our satisfaction. Will definitely be calling him again if we had to do these again. Very well pleased with the work and its very affordable too xx More...

Ace of developments are a brilliant to work with. They were friendly and helpful, I will definitely use them again.

Brilliant from start to finish very genuine could of charged us for a tv to be put on a wall but instead advised us what would work and have us recommendations after these recommendation we had the tv put on the wall and couldn’t be happier with it. Nothing was to much even sorted out living room door out
Thank you will be returning More...

This tv mounting service was done very efficiently and professionally. The installers were very polite and helpful. The TV looks great on the wall and deserves a 5 star rating.

Really great guys, they made sure they got job done right and was really friendly.

Fantastic job done felt comfortable with the guys and safe knowing they knew what they were doing. Booking again for more jobs

Polite and efficient service. Give them a go.

The staff was friendly and polite. It was my 1st time putting my tv on the wall once it was on. I was a bit uncertain about the height. But they reassured me that i could view it like that and if i was not satisfied they would come back out. I am glad i took their advice because i am very happy with the viewing from wall height experience. They even text me to see if i was happy with the service. Great job guys from Ace Developments UK ltd More...

Would be using services again!

Did the job perfectly, recommended him to my mom also, he does a great job. Will 100% recommend and again

Just had my TV Mounted onto the wall by Harry, very happy with work that he has done so much that I have booked him to come back to do some more work in a few weeks time..very happy customer.

Really great guys - good communication, turned up when they said they would and did a great job at a reasonable price! Fitted my outdoor plug with no mess

Harry and Jas were great at delivering their services, they were punctual, polite and very friendly. They mounted a tv for me on plasterboard, they walked me through the process and were a delight to deal with.

I can’t thank them enough and will definiately keep their details to hand as I am sure I will require their services again in the future.

Very nice and professional. I recommend him!!!

Excellent! Harry was quick to respond to our ad and able to fit our job in quickly as well. The job proved more challenging than could have been foreseen but Harry tackled it professionally, calmly and with good humour. End result - perfect! We were very pleased and have already asked him to quote for an additional job. Would recommend unreservedly. More...

Harry and Jaz were very polite and professional.

Harry and jaz were absolutely fantastic. First and formost they did an amazing job adding plug sockets and checking my wiring. They were efficient, friendly and thorough and made sure that safety was paramount. I felt confident in them both as soon as they come through my door. The job price was very reasonable. Their number is in my phone permanently and I always use them for my Jobs and most definitely will recommend them to my friends and family. They are really good souls. More...

Polite mannered and attentive to your queries

Harry was friendly and professional both he and Jas did a great job putting my TV up and installing a ceiling light . Reasonable cost and great work. Will definitely use again and recommend to others More...