With best quality products and fully qualified staff, the company is able to offer a professional pest control service to businesses and homes.

The service is intended to be cost effective, helping clients to live in a safer environment. With pestaxe you can be assured you?ll be getting a professional service.

Sorted out me wasp nest. Did a smashing job
Thanks

Did'nt think for one moment cathing a squirrel would be a easy task by any means, after all my husband had the great Idear of catching it. :-) two months down the road squirrel caused more damage to the fascia board and ridge tiles.

Decided enough was enough called Abs, very pleasent over the phone and face-to-face very reassuring in catching the squirrel, 1 week today Abs, comedown to check the catch. which was a no show.

Abs, advised that its best that he leaves the spare catch for another week just to be sure. nothing was to much trouble. After-all husband been trying for months, just though it would pretty much take same lenght of time for Abs, very much would recommend kept number just in case further down the line neighbore loves feeding squirrels while they hibinate in my loft.... Hopefully new squirrel mesh will solve problem moving forward.

Had a bad mice problem in the kitchen. Did 3 visits, put poison down and did concrete repair on a damaged wall to avoid mice from getting in. Not seen a single mouse since or been any sign of one. A very reliable and efficient service. 10/10 would recommend to anyone else.
Thanks again :) More...

Abs got rid of my wasp nest quickly and without fuss - and for a fair price! He was also a pleasure to do business with! Will recommended him to family and friends. Thanks again, Abs! More...

Thanks for coming out today at such short notice guys. I’ll definately recommend you. Excellent service!?

Rang Thursday. They came out Friday. Fantastic job getting rid of bees n nest. Would highly recommend them. Thankyou!!!

Had wasp nest outside my shop and you guys came out last week to sort it. its gone now so just want to say thank you

Mice are Gone for good very happy customer
thanks
Dominic 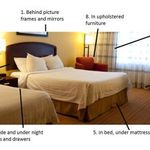 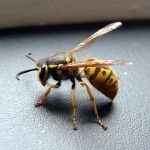 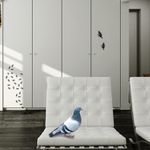 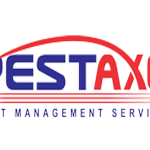 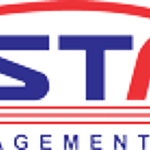 Rats, Mice and Squirrels are a common pest, in both domestic and commercial premises. They are well adapted to living in close contact with humans and thrive in the conditions that man provides. They can cause extensive damage to property as a result of their gnawing activities, and also by eating and contaminating food. They may carry a number of diseases that can pose a risk to humans and animals. If your quality of life is impacted by Rats, Mice or Squirrels, give us a call today on 0161 637 0339 and we can eradicate the problem quickly and efficiently.

Pestaxe pest Control delivers a comprehensive insect control and monitoring service, helping your home or business identify insect-related risks and remove avoidable costs. Stored product insects, biting insects, wood boring insects and public health insect pests all pose a threat to our environment in one way or other. Knowing where and how insects can enter your building is the first step to prevention. Pestaxe pest Control has a team of highly trained technicians who can carry out detailed inspections and identify any areas of infestation. Our comprehensive insect control service includes the fitting of a wide variety of traps and monitoring points including state of the art electronic fly control units for food businesses. We treat Flies, Wasps, Bees, Moths, Ants, Spiders, Cockroaches, Silverfish, Crickets, fleas, bedbugs and many other flying and crawling insects.

Bird fouling can be a serious hazard when in a pubic place such as roofs, guttering, window ledges and shop fronts. More commonly if birds find an opportunity to enter a loft or roof space they will start nesting immediately. We do Bird Spiking and Netting for areas and buildings where birds roost and cause health risks to the public. Bird Spiking and Netting is a very effective way of controlling birds and it doesn’t cost a fortune. We also use live predatory response to target pest bird species, natural predators like our Harris Hawk which are trained to give chase and deter birds from causing a public nuisance by breeding, roosting and perching in places where they are not welcome. The results are often immediate and impressive. We find the customers which this service is most suited to are stadiums, car parks, train sheds, power stations, warehouses, office blocks ect. If you’re experiencing bird problems around your home or business, give us a call today on 0161 637 0339 and book a free survey. Before any bird control treatments are applied, a full site survey will need to be carried out. The site survey is free and will show the level of infestation and it will also show what kind of treatment will be required to fully eradicate bird problems.