Jim helped us restore and upgrade the exterior and decks of our 1920s home from a very ugly mess of misguided remodeling efforts to something architecturally appropriate and quite beautiful. Throughout the process, Jim was always very responsive to our many questions and his keen insights helped us achieve a far better result than we imagined possible. He is very easy going and easy to work with and I highly recommend him. More...

Jim helped us transform our old Craftsman home into a two story house that is beautiful. We get many compliments from neighbors and friends who watched the process and are really amazed by how well he blended it in so that it looks like it was built that way from the beginning. He was very easy to work with and his communication was always clear. We would use him again! More...

Jim has some great ideas of how to lay out a house floor plan, how to open up the house potential for space, natural light and practical livability, yet making it appealing. Jim also makes the house blend with the neighborhood yet making it unique. Jim also puts together a very professional packag... More...

Jim helped us with a particularly tricky remodel/addition to the back second story of our home in Ravenna/Bryant. It was especially tricky due to the limited height of the existing roofline and underlying structural support of a 1920's craftsman home.

Along with a complete second story interior remodel, we wanted to add space and had originally explored adding a dormer to the front of the house with a different architect. We weren't pleased with the resulting design, cost, and ultimately minimal additional space added by the effort. So, we connected with Jim who proposed a solution that was cost effective and could better integrate into the structure of home, while minimizing visual impact from the front. Although not the perfectly ideal solution (from the rear it is fairly clear that it is an addition), from the street the effect is the appearance of two original-style dormers on the north and south sides of the house (although underneath they are a completely separate and new structure). The resulting interior space added much needed ceiling height and additional square footage to accommodate a full master bathroom.

Although the interior remodel was of our design, Jim provided many useful recommendations and suggestions (such as providers, feedback on our choices, etc.) and included some structural touchpoints that had a great impact on the interior space - in particular the exposed collar tie beams in the non-replaced section of the second story. As a visual designer, I appreciated that Jim was open to collaborating/iterating on some of the interior layouts (such as the bathroom layout). Jim's fees for his services were reasonable as well.

Jim was very professional and yet personable and easy to talk to. He was very accommodating with our many questions and issues and even when it became difficult to locate a contractor with availability, Jim was able to help out there as well.

Jim also kept up regular communication which was appreciated, and of course a bonus is that he happened to be a nearby neighbor so on-site visits were easy and relatively frequent. More...

Jim helped us with an addition on our single family home. We pretty much knew what we wanted initially. He drew up the plans and consulted an an engineer. We quickly found out that the scope of the work was beyond what we were willing to take on. An alternate plan was put together and Jim quickly... More...

Our 1955 home was in dire need of a complete remodel and we were cautious and nervous about undertaking a huge project. Jim listened to our concerns and wishes and patiently described each step of the process with us. I wanted a semi-open kitchen and Jim's idea of a pass-through provided the priva... More...

As a residential builder and remodeling contractor, we firmly believe that a collaborative approach to design and construction provides greater value to homeowners and results in better project outcomes.

We have worked with Jim on several projects and look forward to many more opportunities to... More...

My husband and I knew we wanted to fix up our 1927 home but we didn’t know where to start. The house needed new wiring and plumbing throughout and the bathrooms needed complete over haul. We consulted with Jim because we had seen and admired the design and work he did in an older home like ours on... More...

My husband and I hired Jim to design a home to be built on our lot in Seattle. He took our rather vague ideas and came up with a floor-plan that absolutely worked for us. Jim also knew the materials, details and finish work that would make the house special while keeping it within our budget. The set of plans he provided are flawless and completely ready for our contractor and Jim has made himself available to help whenever needed during the building process. We couldn't be more pleased. More...

We hired Jim a few years ago to design the remodel and expansion of our 1942 bungalow in Seattle’s Hawthorne Hills neighborhood. The work involved a whole new kitchen, living room, master bed & bath, and a guest room.

Our ask of Jim: design the space in a way that opens up the house, fits our culinary & social lifestyle, and still presents a 1942 "face" to the street (no McMansion!).

I'd heard that architects can be a prickly sort to work with, especially if you don't fully embrace their designs (really, who likes their baby to be called ugly?).

Fortunately, that wasn't the case with Jim. As the project went along, there were a few changes that we asked for, and he was deftly able to adjust the design. Jim really believes in what he says above about the value of collaboration in his work. We wouldn't have ended up with such a fine result if our architect (and his recommend builder, S2) hadn't been such great team players. More...

Jim is great at taking project from vision to reality. Measures space and makes drawing with recommendations on functionality, aesthetics, practicality, codes, etc. I have done several projects with Jim and he is always on time and on budget. He also works well with contractors to explain the vision and to ensure that the quality of their work is up to specification. He is great at working with officials and obtaining permits. He is honest, intelligent, and fun to work with. More...

My husband and I knew we wanted to fix up our 1927 home but we didn't know where to start.  The house needed new wiring and plumbing throughout and the bathrooms needed complete over haul.  We consulted with Jim because we had seen and admired the design and work he did in an older home in our neighborhood. We asked Jim if he would do a walk through of our house and give us some ideas about where to begin. Jim was an immense help.  He listened to our goals and looked at the structure of the house, advising us of what could be done without expensive structural changes. Realizing that we didn't have clear ideas of what we wanted, Jim advised us to visit bathroom/kitchen display stores and he generously shared his own architectural design magazines so we could better formulate what we liked.  We asked Jim to draw up plans for a master bath and closet that would use the existing bathroom space and some attic area.  Jim was very conscious of our budget and he kept in mind that any design should be suitable for a 1927 house.  Jim presented us with a creative architectural plan that turned our existing long, narrow bathroom space into a master closet and moved the bathroom into attic space.  We were delighted with Jim's plans. Jim then arranged meetings with several contractors and did a walk through with them and us.  After we accepted a contractor's bid, Jim stepped aside but was readily available for consultation if we or the contractor had questionsIf it weren't for Jim, we would probably still be living with our old wiring and plumbing and looking at the plastic lime green tiles on the walls of our master bath.  Instead, we have an almost completed beautiful master closet and bathroom, a new main floor bathroom, and new wiring and plumbing throughout of home.  We will definitely go to Jim when we are ready to remodel our kitchen. More...

I have used j ARCHITECTS for several small (under $1million) commercial projects over the course of three or four years, usually asking him to redesign existing space to accomplish a specific purpose.  Jim is professional and personable.  He makes you feel like you are his only client.  I always feel like I have another member of our team when Jim is on the project.  He is highly knowledgeable not only of design but also of code issues.  He is expert at helping a diverse team reach consensus based on the most prudent course of action.  He is great with regulatory officials, contractors and vendors.  I highly recommend j architects with no reservations. More... 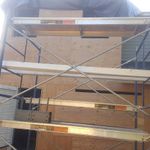 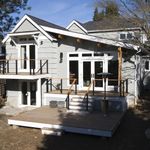 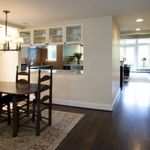 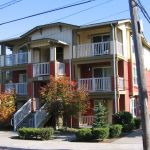 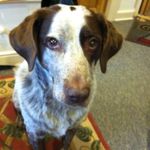 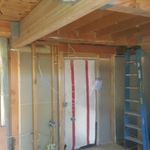 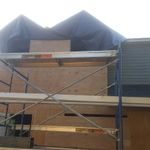 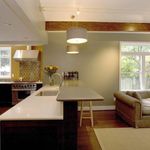 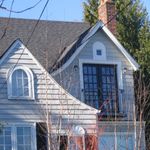 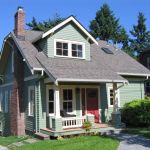 Leave a review for j ARCHITECTS

We'll call and connect you to j ARCHITECTS so you don't have to pay anything to talk to them.

We're calling your phone now so we can connect you to j ARCHITECTS.

Thanks for answering, we're now connecting you to j ARCHITECTS