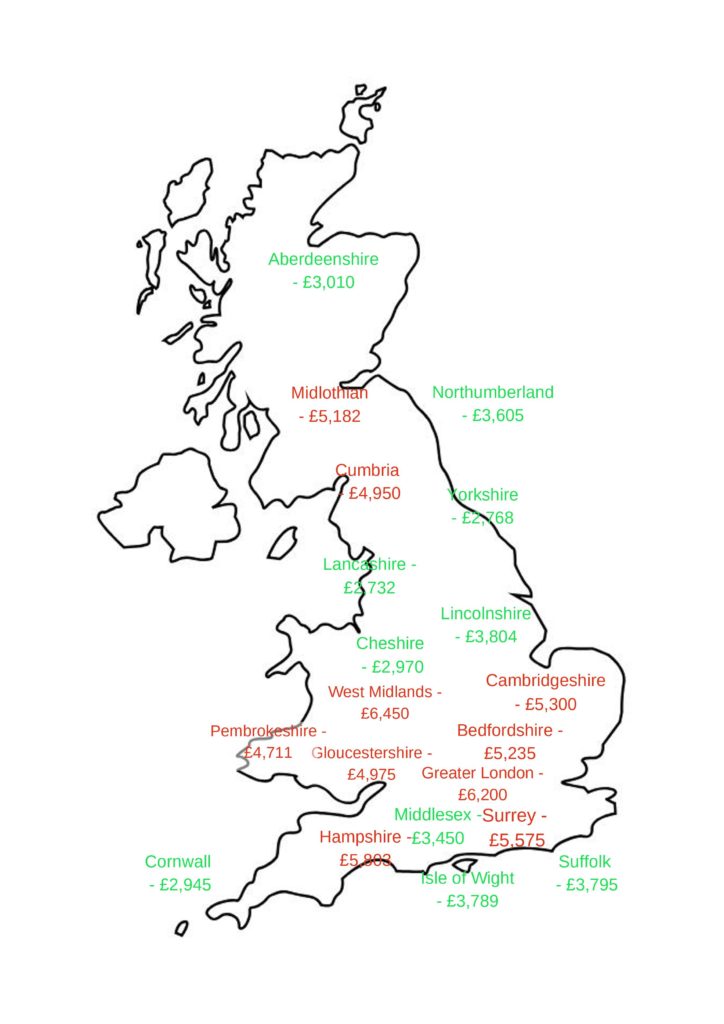 Thousands of people have to organise a funeral every year in the UK, and for most it’s a stressful enough time without the various costs associated with saying goodbye to a loved one. In fact a report found that from 2004 to 2017, funeral costs increased by a staggering 112%, more than house prices, weekly wages and petrol*.

Understandably, ‘funeral poverty’ has been widely discussed in the news, and the Scottish government has even introduced a new fund to help low income families with funeral costs, available as of next week. To shed some more light on the cost of funerals, we looked at more than 500,000 funeral service prices across the UK from 2015, to find out what the average cost is depending on where you are in the UK.

Our research delved into prices from a multitude of services needed for organising a funeral or wake, such as; hearse and car hire, funeral director costs, solicitors fees, coffin costs, catering, florists, gravestone engraving, and venue hire. We did not take into account burial plot costs.

We weren’t sure what to expect from our analysis, however, were surprised to find out that prices vary massively depending on where in the country you are. West Midlands was revealed as the most expensive place in the UK to have a funeral, followed by Greater London and Hampshire. Yorkshire was revealed as the cheapest, followed by Lancashire and Cornwall.

The ten most expensive counties in the UK to hold a funeral, along with the average cost, are as follows:

The ten cheapest counties in the UK to hold a funeral, along with the average cost, are as follows:

“Having to organise a funeral is never going to be a nice job, and for many across the UK finding the funds to do so can be extremely stressful – particularly when you’re grieving. So, we wanted to highlight the varying costs across the UK, so people are aware how much a funeral will likely set them back depending on their location.”