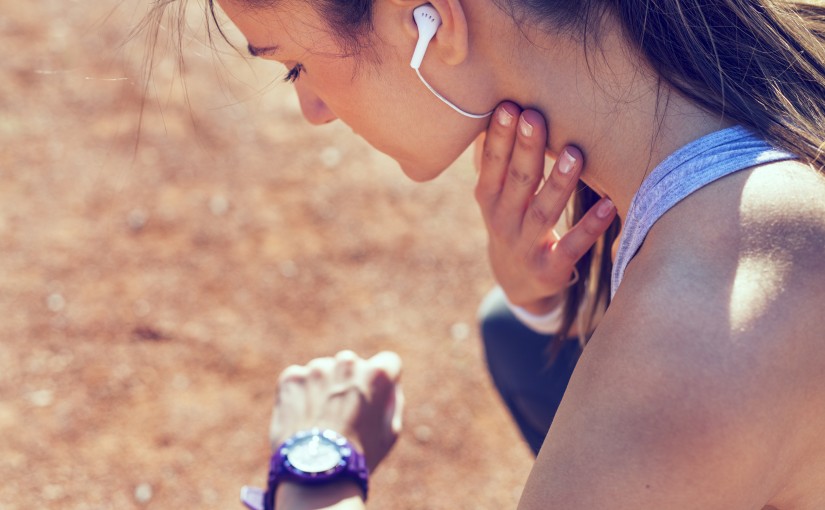 To put elite sport into some sort of context, the England Rugby World Cup squad have been in a training camp for almost ten weeks in attempt to get fit and focused for the upcoming tournament, which gets underway in just under two weeks. That’s almost three months of fine tuning fitness and ensuring each squad member is at the top of their physical game once kick off comes on 18th September, a process described as ‘grim’ by Saracens Back Row Billy Vunipola. England Coach Stuart Lancaster is adamant when he says: “If you are not fit, everything else falls apart”.

Obviously, we are not all elite athletes at the top of our game. To some of us, just getting to the gym or putting some sort of effort into exercise is an achievement in itself. Nonetheless, if sporting events like the World Cup or the US Open have got you inspired, here are some useful tips to help you get fit and in better shape this autumn.

The US Open got underway last weekend, so what perfect time than to delve into your cupboard, dust off your racquet and don that Fred Perry polo? Sport England estimates that there are 4,118 places to play tennis in England, Scotland and Wales. That’s 21,186 courts in total, so ample space to get involved. What’s more, tennis is great for improving your health; studies show that playing for three hours a week can halve your risk of death from any cause. In a fitness context, tennis is a real whole-body workout, and just 30 minutes of serving, rallying and arguing over touchline calls with the umpire can burn 300 calories.

Of course, not all of us are the second coming of Roger Federer when we take to the courts, but that shouldn’t put you off. There’s loads of ways to get into the sport and Bark.com help you if you’re looking for tennis lessons to get started.

Brace yourself, Rugby is coming

In around a fortnight’s time, just about everybody in the UK will proclaim themselves an ardent rugby fan and profess to know everything there is to know about the game. In all seriousness, the Rugby World Cup, getting underway from 18th September in the UK, will generate major interest within the country and may well inspire many to pursue their new found interest in the sport. If your one of those looking to join the scrum and kick-start a belated rugby career, the sport is seriously good for building strength and endurance. Just remember that the game is as tough as it looks.

With that in mind, if you don’t fancy the challenge of facing off against a brick-wall of a forward every Saturday, there’s always touch rugby, an ever growing spin-off of the game.

And if you’re a seasoned pro about to kick of a new season of rugby, you’re likely going to need a physiotherapist or require massage therapy at some point during the year, so bare us in mind when the time comes.

If you fancy something a bit more tranquil, there’s always swimming. Perhaps the easiest sport to participate in alongside running, swimming is regarded as perhaps the most rewarding form of exercise.

Swimming is great for muscle toning, a perfect way to increase your lung volume and it takes away the stress of impact on your joints that exercises such as running brings. Surprisingly, according to a recent article in The Guardian, one in five UK adults cannot swim. It seems to be one of those things that of you don’t learn as a child, you’ll likely never learn as an adult. That is not to say that you’re never too old to take to the water; the same Guardian article states that 2.3 million adults are keen to learn to swim. If you’re one of those keen to learn, or even if you’re interested in taking the next step and fancy yourself as the new Michael Phelps, find a swimming teacher now.

Of course, getting fit and improving your lifestyle isn’t all about immersing yourself in competitive sport; there’s a growing demand in the UK for a ‘mind over matter’ disciplines of yoga and Pilates. Around 30,000 yoga classes are taught each week, with around 460,000 people practising yoga in the UK each week. What’s more, the likes of yoga and Pilates aren’t solely about improving mental focus, it can be very beneficial to gaining core strength and flexibility that will only aid other sports you partake in as well. Just ask Ryan Giggs, the legendary Manchester United and Welsh winger that attributed his absurdly long career to the benefits of yoga. There’s even talk of the discipline becoming an Olympic sport.

So next time you wake up after a gruelling rugby match or a strenuous run, stiff as a plank and cursing your advancing years, why not try your hand at Yoga or Find Pilates Classes and keep yourself forever young?

For other top tips and advice from Bark.com, why not check out our other blogs?