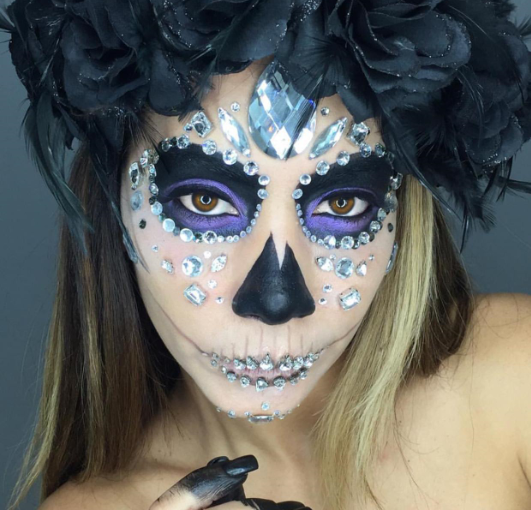 Halloween is traditionally an American holiday, however across the pond, the trend to celebrate the spooky holiday is on the rise, and the costumes and looks people create are becoming more and more elaborate.

We wanted to find out what the latest trends are for Halloween makeup looks, so surveyed more than 2,000 of our makeup artists on what customers are asking for in 2019.

A key insight we took away from our research is that popular culture is a major influence on Halloween trends, in fact long gone are the days where people want to dress as a zombie or witch. Now it’s common to dress as your favourite TV show character.

We asked our makeup artists to tell us what the most popular Halloween makeup looks are for 2019, and the list, although not surprising, shows Hollywood’s strong influence on customer buying habits.

The Joker’s first standalone film tells the story of how Arthur Fleck becomes Batman’s most iconic nemesis, and has become the world’s highest grossing rated R film since its release in early October this year. The popularity of the film has led to many donning the red and yellow suit and traditional clown face paint this Halloween. 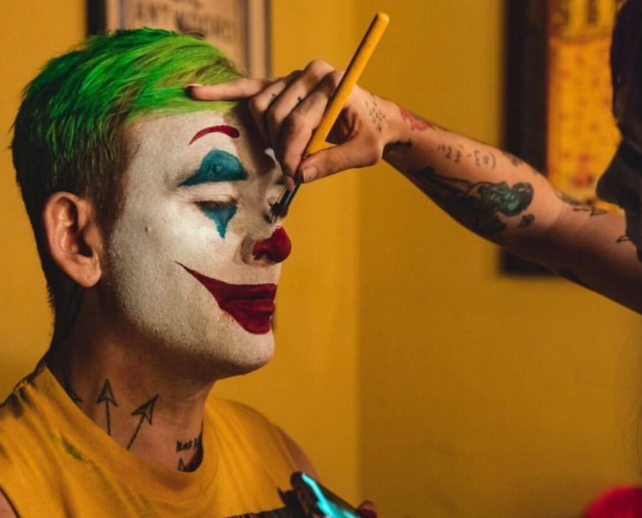 Makeup artists have noticed a major spike in demand for the Joker look since Heath Ledger played the character in 2008. The trademark clown makeup has taken on different forms over the years, however the experts state that the ‘grungy’ look depicted by Ledger is the most popular. It can be achieved by smearing red lipstick outside of the mouth into points at the upper cheekbone, and dabbing a wet cloth over a white painted face to make it look worn. A quick spray of green hair paint on untamed hair is all that’s needed to finish the look. 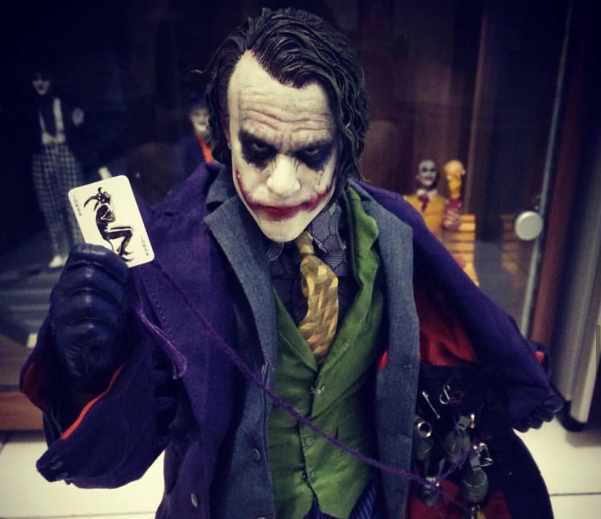 Harley Quinn was first introduced to a mainstream audience in 2016, with Margot Robbie playing the Joker’s sidekick in the blockbuster film, Suicide Squad. The character’s signature pigtails, pale face and red and blue eye makeup has become a hit with women over the last few years, and although Margot’s ‘Harley Quinn’ depiction was unpolished, makeup artists state that customers want a more glamorous look, with perfectly applied eyeshadow and heart face stencils. 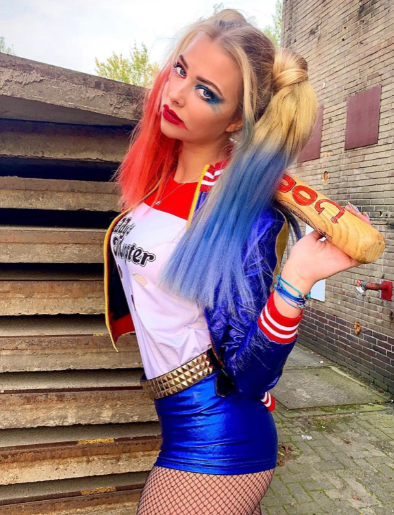 Arnold schwarzenegger is back in the sixth installment of the Terminator franchise, which was released last week. Halloween party goers can execute a convincing Terminator look by painting patches of silver on the face, as if the skin has come away to expose metal underneath. The look is hard to do because of the amount of detail involved, some professional makeup artists will even use prosthetics to make the facial wounds even more realistic. 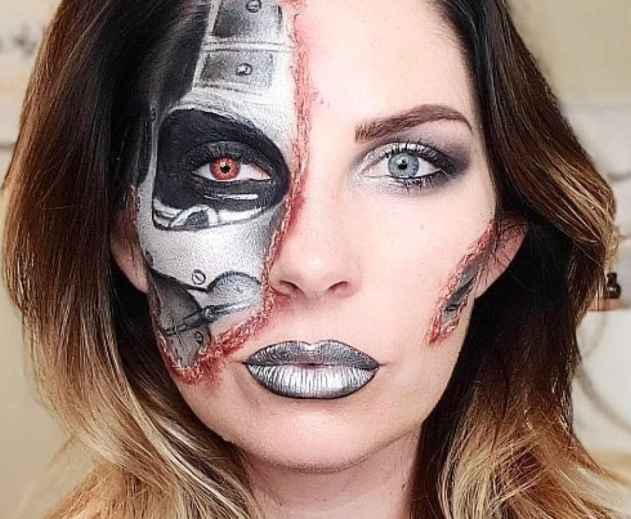 Stephen King’s best-selling novel returned to the silver screen this year for IT Chapter Two, and makeup artists have noticed it’s resulted in a spike in demand for Pennywise’s traditional clown look this year. For those who want a more convincing Pennywise costume, makeup artists can apply a prosthetic forehead and ginger wig, as well as the signature red and white makeup and orange contact lenses. 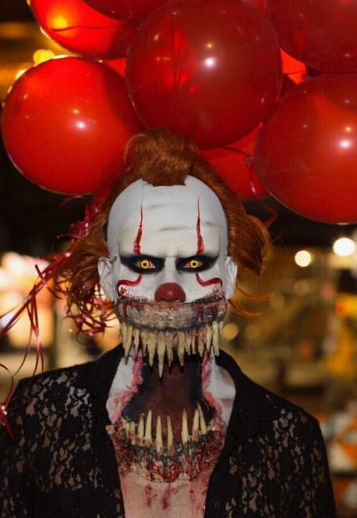 Frozen 2 is going to be in cinemas at the end of November, and since the first film came out in 2013, Queen Elsa’s pristine ‘ice princess’ look has been a popular choice for Halloween. Makeup artists state that most customers want a more embellished look, with gems on the face and hand painted snowflakes. 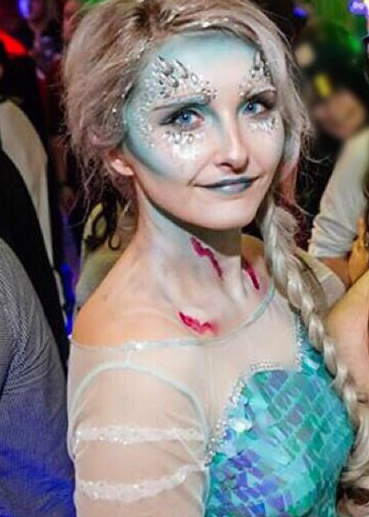 Mexican sugar skulls have been a staple Halloween look for the last couple of years, and is a more creative and decorative take on the classic skull and crossbones costume. Makeup artists often paint customers faces with bright colours, gems and intricate detail, finishing off the look with flowers in the hair. Our makeup artists state that a mexican sugar skull look can take up to two hours to create. 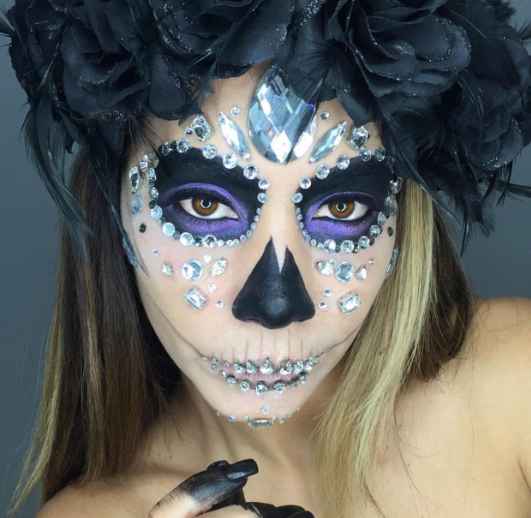 Tim Burton’s 2005 animated film ‘Corpse Bride’ has influenced many to don the creepy blue aesthetic of Emily. Makeup artists can recreate the look by painting large cartoon-like eyes over the customer’s eyes, contouring the face to thin the nose and sharpen the cheekbones, and using blue body paint and hair spray to make a client look like one of the ‘undead’. 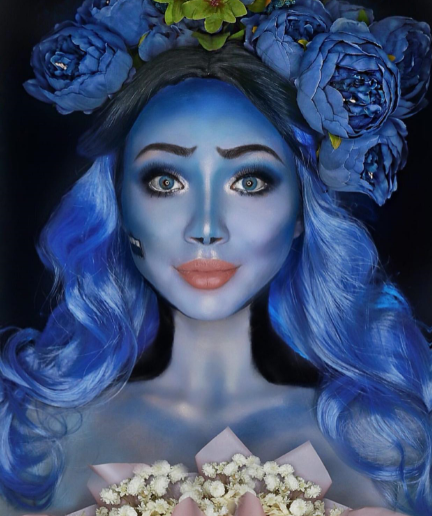 A favourite for Halloween fans, our makeup artists say that customers love the striking look of a Jack-o’-Lantern face, which requires minimal body costume, but still embodies a traditional Halloween symbol. 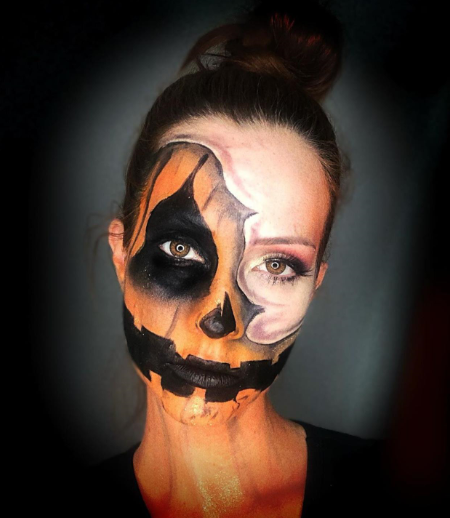 Jessica Rabbit from the classic 1988 film ‘Who Framed Roger Rabbit’ is one of the more popular sultry looks for Halloween. The cartoon character is famously known for her big red lips and seductively large eyes. These are the main goals when recreating this look, which makeup artists can achieve by creating a high rise brow, often by completely painting over the client’s natural brows after applying pritt stick, and enlarging the eyelid. 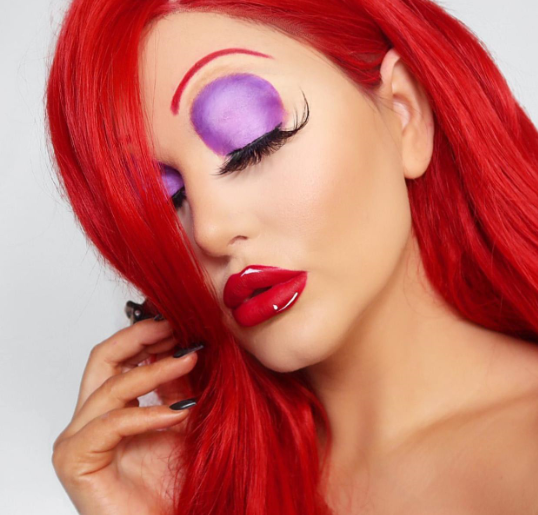 If you’re after a makeup artist, whether it be for Halloween or not, we can help you find the perfect one here.

“We always keep an eye on our service categories to spot key trends and patterns, it seems that people are really having fun with Halloween nowadays, and enlisting professional help to ensure their costume is the best. The challenging looks our makeup artists create is seriously impressive, it’s almost a shame that people have to wipe it off!

“It’s interesting to see how much pop culture has influenced Halloween, and how this has had a very positive impact on the British makeup industry. I have no doubt that Instagram and Facebook will be full of some amazing Joker and Pennywise looks this year!’

Just when you thought you had enough on your plate trying to keep the kids busy during the summer holidays, Autumn term comes running round the corner, bringing with it a long to-do list to get them focussed and back into study mode.

We know there can be a lot to remember and little things that can easily slip your mind but not to fret, Bark.com are here to help with five top tips for preparing for the return of the school run.

For more Bark.com tips and insights, why not check out our other blogs?