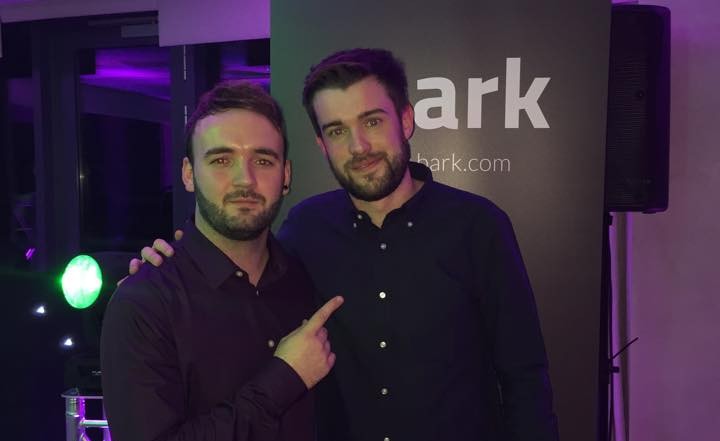 They say eat your own toffee…and that’s exactly what we did when I decided, on the morning of December 31st that it would be nice to hold a new year’s party for the Bark crew. Those who know me will know that I take my parties very seriously and whilst I’m always last minute I had some doubt that this could be pulled off in time – especially considering I had a full day’s work planned.

I needed: a catering company to do a buffet dinner and serve drinks, a DJ to light up the room and get the party going and a comedian to entertain everyone. I started with the catering a called a couple of people I found on Google but the only available one was a company specialising in Jamaican cuisine and the woman I spoke to barely spoke English – accept to keep saying ‘Jerk Chicken any way you want’.

I was about to give up especially when my ever sensible co-founder Kai got the hump and said don’t you dare spend all day organizing a party, we can just go to the pub. But then one of our engineers said ‘Why don’t you just Bark it’ – and I had a why-didn’t-I-think-of-that moment – a bit like when you spend half an hour looking for your wallet only to find it in your pocket. Of course that’s exactly what Bark is for – so I did 3 Barks – for a DJ, caterer and comedian and marked them all as URGENT – FOR TONIGHT, and then got on with my meetings.

A couple of hours later – and we’d got a better response than we’d ever hoped for. I had 5 pitches for each job – many of them from quality suppliers who had had last minute cancellations and most of them from the principal of the company concerned. We got a super cool DJ from Capital DJ Services, amazing food from the team at Chef in my Kitchen and a brilliant comedian who made everyone laugh all night.

Needless to say the team has the worst hangover the next day and we loved the fact that our whole party was organised on Bark – even more so given that we probably wouldn’t have had time to organise it otherwise!